Larry Nassar Tries to Disqualify Judge Who Oversaw His Case. Here Was the Chief Judge's Response. 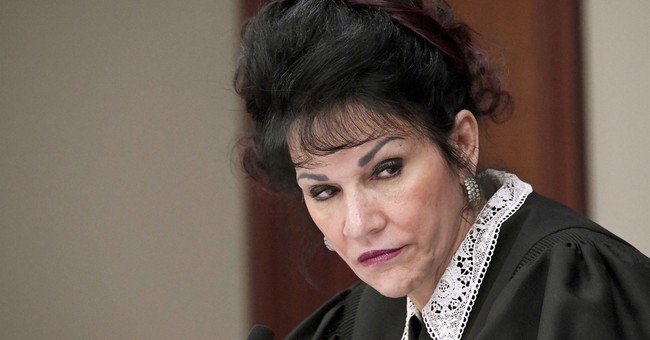 Former USA gymnastics doctor Larry Nassar is going to be behind bars for the rest of his life. Over 150 former gymnasts, including a handful of Olympians, came forward to testify earlier this year about how he sexually abused them during physical exams. The judge presiding over the case, Rosemarie Aquilina, showed Nassar little mercy during the proceedings.

For instance, at one point when Nassar claimed his victims' words had "shaken him to his core" and he wished to "express how sorry" he was, Aquilina said she saw right through his empty plea. She then erased any sympathy someone might have for him by reading the letter he had sent her before his sentencing. In that letter, he accused the judge of turning the case into a "media circus" and told her he wasn't sure if he could "mentally" handle four days of victims' testimonies. That, she said, was a little inconvenience compared to his years of taking advantage of young girls. When she finished reading the letter, she dropped it on the table in front of her in what can now be described as an iconic moment.

When Aquilina read out Nassar's life sentencing, she added the exclamation mark that she had just "signed his death sentence."

Nassar's attorneys did not appreciate her behavior and tried to get her off the case.

Aquilina, they charged, used their client's case "as an opportunity to advance her own agenda, including to advocate for policy initiatives within the state as well as the federal legislatures, to push for broader cultural change regarding gender equity and sexual discrimination issues, and, seemingly, as a type of group therapy for the victims."

"Defendant apparently wishes to be resentenced before a judge who is ambivalent about the suffering of victims," Garcia added. "This standard should disqualify any judge with a pulse."

Nassar is on one long losing streak and will never again see the other side of prison walls. Here's a reminder why you shouldn't feel sorry for him.