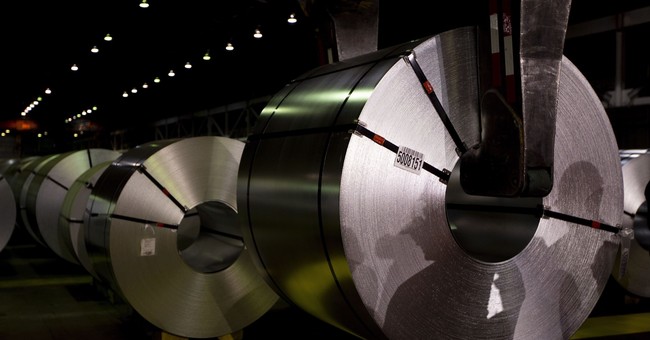 CEO James Quincey admitted on the company's earnings call Wednesday that the hike was "disruptive" but necessary.

"Obviously, while [customers] may understand the cost pressures that are out there on freight, on the increases in steel and aluminum and other input costs that affect the bottling system and affects some of our finished products, clearly, these conversations are difficult," he said on the call. (CNN Money)

In 2016, Coca-Cola published a piece on just how important aluminum is to the company. The benefits include its sustainability and a higher recycling rate than other packaging options. It is a “miracle metal” that can be processed into a product, melted down and reformed over and over again indefinitely without ever losing strength, the company's communications team explains.

Other major companies are having to take similarly unfortunate steps as a result of the tariffs. Polaris is raising prices on boats, motorcycles, snowmobiles, etc. to cover $15 million of the $40 million in tariff-related costs.

U.S. steel and aluminum prices are up 33% and 11%, respectively, since the start of the year, as producers and their customers begin to price in the tariffs that the Trump administration first applied on foreign-made metal in March. Tariffs on a host of additional imported products from China this month have added costs for companies that use those components to assemble their products in the U.S. (Wall Street Journal)

The Beer Institute condemned the tariffs because, according to third party analysis, the Trump tariff "will create a new $347.7 million tax on America’s beverage industry, including brewers and beer importers, and result in the loss of 20,291 American jobs."

The tariffs have also been criticized by both Democrats and Republicans. Sen. Rand Paul (R-KY) is among those who are especially frustrated by how the punitive trade measures have affected U.S. farmers.

The U.S. government agreed to a $12 billion bailout as a short-term solution.

One positive result of Trump's tariffs is the deal struck between him and European Commission President Jean-Claude Juncker last week at the White House. Juncker said the EU will increase its purchases of soybeans and the two will work toward zero tariffs and remove trade barriers for non-auto industrial goods, among other gets. It was a trade triumph, according to some economists.