Joy Reid Seems to Have an 'Ambien Problem' Too 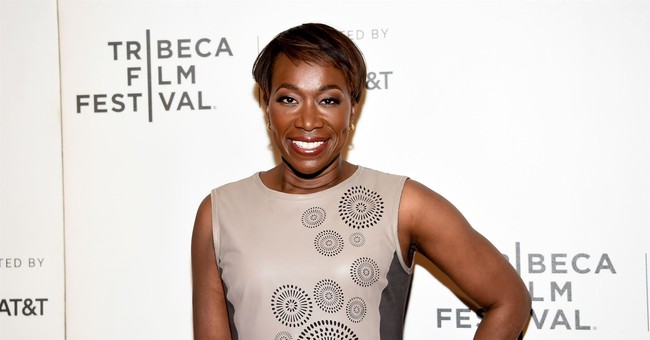 UPDATE: Reid has issued an apology for her controversial social media postings.

Joy Reid apologizes for past blog posts - no mentions of hackers here pic.twitter.com/P0EoHSQ5cy

MSNBC anchor Joy Reid is coming under fire for her history of controversial tweets, putting her on par with Roseanne Barr, whose racially charged posts about Valerie Jarrett cost her her ABC show this week. Barr blamed her Twitter rant on Ambien, a sleeping medication. Now, some viewers want Reid to get the same swift punishment and lose her TV slot.

For just a glimpse into Reid's social media behavior, she has peddled conspiracy theories that 9/11 was an inside job, published messages on immigration like, "flying the Mexican flag on U.S. soil strikes me as incredibly presumptuous and insulting to the US,” and posted a series of homophobic messages. Reid claimed that her blog had been hacked and she was not the author of the homophobic posts.

"I genuinely do not believe I wrote those hateful things," she said on her show in April.

New from @Bernstein and me: Joy Reid Published A Photoshopped Image Of John McCain As The Virginia Tech Shooter On Her Old Blog https://t.co/KMkHh8XgIf pic.twitter.com/QZiLgUXCWE

S.E. Cupp weighed in on her HLN show to skewer Reid for her own "Ambien problem."

"The foul-mouthed and conspiratorial blurting is apparently contagious," Cupp said.

While Cupp agrees Roseanne's Twitter tirade was in poor taste, so too was the behavior of Reid and Samantha Bee, who called Ivanka Trump a "c***." Neither of them have been fired. Is it a "celebrity double standard?" Cupp wondered.

Celebrities and political activists like Clay Aiken agree and believe Reid should receive the same treatment as Roseanne.

Ok. I'm truly over it with this mess. First the homophobic posts, then the 9/11 "Truther" posts, and now this nonsense with manipulating images. And watch @JoyAnnReid blame this on a hacker... or better yet... Ambien. It's time for her to go too. https://t.co/MDttdpM50p