Blankenship Not Done Yet in West Virginia Senate Election? 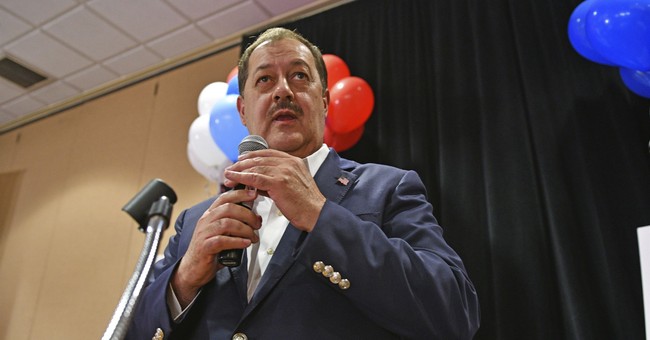 Don Blankenship, a controversial GOP candidate in the West Virginia primary who attacked Mitch McConnell and his family as "China people," is not giving up in his quest to be West Virginia's next senator. Although he was defeated in last week's primary election by state Attorney General Patrick Morrissey, Blankenship is now waging a third party bid.

“It is especially appropriate for me to be nominated by the Constitution Party given its staunch and uncompromising commitment to upholding the United States Constitution,” Blankenship said.

For Blankenship to successfully run on a third party ballot, however, he will have to overcome West Virginia's "sore loser" law, which prevents a losing candidate in a major party primary from refiling to run in the general election under another party.

The GOP had probably hoped the Blankenship headache was over. He was already considered a controversial candidate thanks to his history of incarceration. The coal baron served a one-year prison sentence in 2016 for a coal mine explosion that killed 29 people six years prior. Blankenship defended his company, Massey Energy, insisting the mine exploded because of federal regulations. Then, Blankenship added a dispute with Senate Majority Leader Mitch McConnell to his notorious record. In a racially insensitive ad, Blankenship accused McConnell of working for "China people" instead of American workers. McConnell is married to Transportation Secretary Elaine Chao, a Chinese American, and her father is the chairman of a shipping company. Blankenship has also referred to McConnell as "Cocaine Mitch."

When Blankenship lost his primary bid, McConnell's campaign responded with some epic trolling.

If Blankenship's third party bid is successful and he siphons votes away from Morrissey, Republicans' chance at defeating vulnerable Sen. Joe Manchin may be all but lost.