An 'Unusual' Agreement in the MO Senate Race...Derailed? 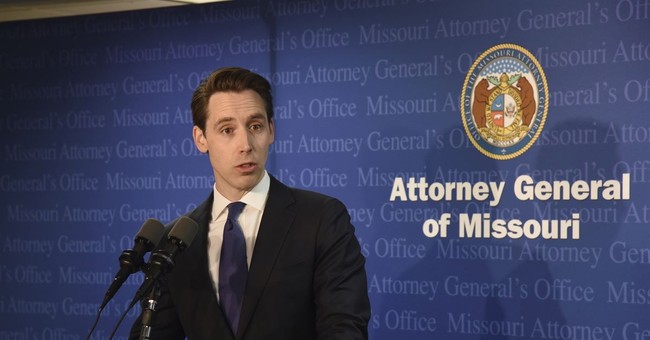 Austin Petersen and Tony Monetti, two Republicans running to defeat Attorney General Josh Hawley in the Missouri Senate race, agreed to a rather "unusual" deal last month, as reported by local media. In writing, the men pledged that one of them would drop out of the race following the results of a joint poll determining which of them had the better chance of success. The “grassroots candidate unity agreement” was born.

"The 'pre-primary' primary is a winner-take-all contest," the agreement reads. "The winner will move forward in the GOP primary to face the establishment pick head-on, and the runners up will not. The runners up will concede, endorse the winner, and remove their names from the Primary ballot."

Petersen explained the origins of their bold action.

“About a month ago he approached us and asked us to drop out, and we were pretty confident that we were the premier grass-roots campaign with the real chance to beat Josh Hawley and then Claire McCaskill,” Petersen said. “But we knew that if we split up the grass-roots vote that we weren’t going to be able to accomplish that, so we just proposed to Monetti (that) instead of us dropping out, why don’t we try to unite the grass roots?” (St. Louis Post-Dispatch)

Petersen signed the agreement on April 11, followed by Monetti's signature two days later. Since then, Petersen says Monetti has backed out of the agreement and can no longer be counted as "trustworthy." Monetti, however, defended himself by noting he just wanted to get a look at the questions that were going to be on the poll.

“I am ready to do this if he wants to do it,” Monetti said.

Reports suggest that Monetti wanted to insist the poll include a question about Petersen's religion, making his demand before Friday's primary debate in Fenton. As of now, the agreement is DOA.

The winner of the Aug. 7 Missouri primary will face Sen. Claire McCaskill in November.