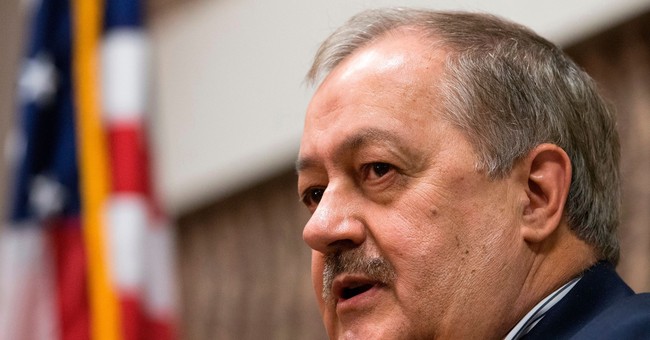 This week all three contenders at the West Virginia GOP primary debate refused to show their support for Senate Majority Leader Mitch McConnell. One candidate, former coal executive Don Blankenship, even ducked behind his podium. It was funny and the audience got a kick out of it. But, things took a nasty turn Thursday after Blankenship's new ad leaked. It includes racial attacks against McConnell and his family.

McConnell, for context's sake, is married Transportation Secretary Elaine Chao, a Chinese American. Her father is chairman of a shipping company.

What in the world did I just watch pic.twitter.com/4eudpGAxp0

"While doing so, Mitch has gotten rich,” he adds. “In fact, his China family has given him tens of millions of dollars.”

.@HolmesJosh hits back at @DonBlankenship: “This clown is a walking talking case study for the limitation of a prisons’ ability to rehabilitate.”

Still, Blankenship is forging ahead. He will beat Democrat incumbent Joe Manchin and "Cocaine Mitch" for the sake of the kids, the candidate promises in the campaign spot, expected to start airing Friday. The "cocaine" nickname is reportedly in reference to a 2014 report that drugs were found aboard a shipping vessel owned by Chao’s family. In a recent interview with Politico, Blankenship again targeted McConnell's wife. Chao, he said, is “from China, so we have to be really concerned that we are in truth” putting America’s interests first.

The West Virginia primary is May 8.