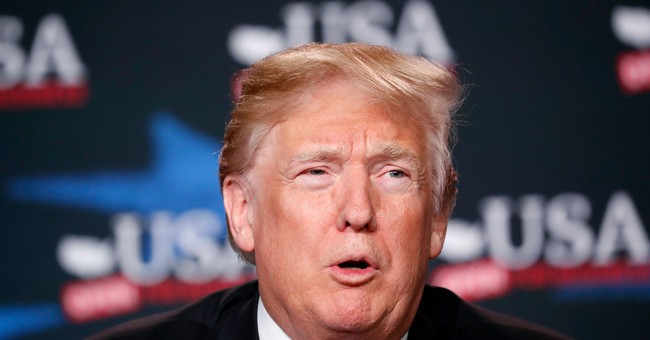 To many conservatives, Washington Post contributor Jennifer Rubin lost her credentials to the movement long ago. Her recent interview with POLITICO’s Off Message podcast may have barred her from any consideration for reinstatement as well.

The Republican Party “has become the caricature the left always said it was—the party of old white men."

It's all Trump's fault, she suggested.

Before Trump, she says, being a conservative meant embracing American exceptionalism, forceful moral leadership of the world, promotion of the free market and “fiscal conservatism, which now is a hoot,” she said. “Conservatism, as opposed to Republicanism—and I think that’s an important distinction—was really about a temperament as much as a substantive list of issues. There was a certain modesty in approaching government … a certain humility about governance and a reliance on the structures of the Constitution to keep central government from getting to be too powerful.” (Politico)

To her, it seems Trump is "actively courting and stoking white resentment.”

Trump has infected other Republican leaders too, Rubin regretted. Last week, she wrote a whole op-ed about how he needs to find his soul.

Rubin's public opinions of Trump and his confidantes can explain sentiments like this.

She's not the only self described conservative to blame Trump for the Republican Party's demise. Before outgoing Sen. Jeff Flake (R-AZ) compared the president's rhetoric to that of Joseph Stalin's during a speech on the Senate floor, he penned a book accusing Trump of causing conservatives to abandon their key principles.

Rubin's disenchantment with the party seems to be permanently severed, however. She wrote an op-ed in 2016 entitled, "Dear GOP: I'm just not that into you," announcing her exit from the Republican Party after Donald Trump's nomination. It appears she can never return.

Rubin says she’s not going back to the Republican Party. She has dreams of a new party rising from the charred principles of conservatism, or of the Democratic Party rushing in to fill the void left in the center, but she knows they’re dreams.