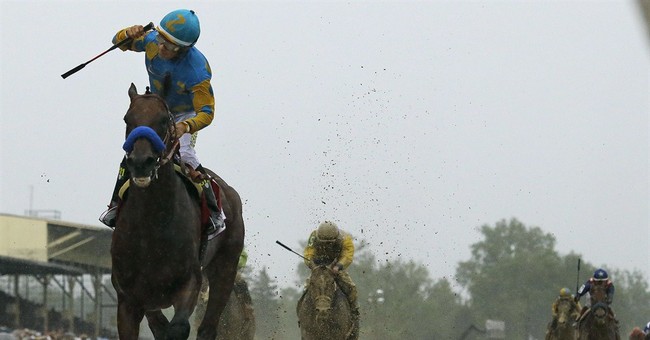 The anti-capitalist environment in Baltimore has left city sports in an uncertain state. Thanks to Charm City's high property taxes, Pimlico race track owners, the site where the Preakness is held, are considering moving their horses elsewhere.

In Maryland, regulators are like co-owners: Not only did you not build that, but you’re not free to run it, either. Of course, there are tracks elsewhere that would surely like to host a Triple Crown race and that are not subject to Maryland’s regulatory dictates.

In the past, when city governments have exercised extreme regulations over businesses, it has often had fatal results. Detroit's economy suffered under the highest property taxes on homes in the nation, in addition to the top commercial property tax, and the second-highest industrial property tax, before filing for bankruptcy in 2013.

The poor business environment in Baltimore is coupled with the attraction of other more business-friendly regions.

At the city’s current property-tax rate, for example, a $100 million investment at Pimlico — probably less than required to make the crumbling facility world-class again — would cost its owners almost $2.25 million in added annual property taxes.

The racial unrest in Baltmore has also been injurious to the city's sports teams. Following the controversial death of Freddie Gray, rioters threw rocks at police and burned down local businesses in the name of 'racial justice.' Because of the violence, the Baltimore Orioles games scheduled for the next day was closed to the public and played in an empty stadium. The unoccupied seats left the city with a $1 million deficit.

The social unrest and anti-free market culture in Baltimore don't bode well for athletic locations like Camden Yards and Pimlico. If Charm City isn't friendlier to its sports business owners, those famous horses may be racing from more than just the starting gate.