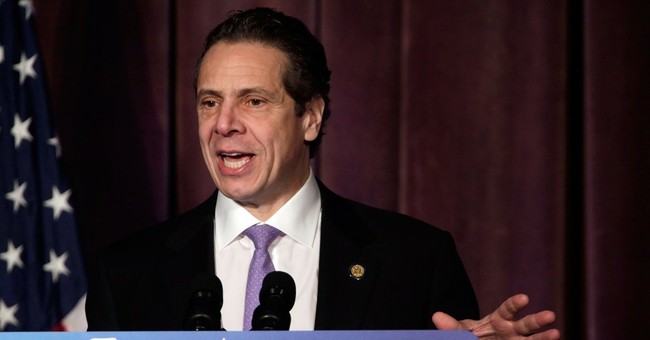 Governor Andrew Cuomo was all too proud to unveil his StartUp NY program in the Empire State. They called it a 'game changer.' The ingenious program offered tax-free environments to tech and manufacturing companies for 10 years if they worked with state colleges and universities. It was supposed to boost entrepreneuralism and create thousands of jobs throughout the state. Yet, one year later, the most New Yorkers have to show for it is emptier pockets.

The ubiquitous Start-Up NY promotional campaign has cost taxpayers $53 million since the program's inception in late 2013, while it has led to $1.7 million in private investment so far, state records show.

The state spent $47 million on the ads alone since the program started in December 2013, and the total cost included production expenses and other marketing efforts through last month, according to Empire State Development Corp. In July, the agency said $28 million had been spent on the ads.

To put it in even grimmer perspective, the state has spent $697, 368 per job so far. These grisly numbers come in after the governor made several pledges across the state that jobs were going to start pouring in. Seventy-two in Albany, 123 in Western New York, he said. His promises have been mostly air thus far.

Perhaps even more embarrassing for the governor, however, is the fact that New York has just come in dead last for economic competitiveness, as ranked by The American Legislative Exchange Counci.

As many politicians do when their heralded programs don't fare as well they claimed they would, Democrats are coming to StartUp NY's defense and saying it will take more time, two or three years, to truly know whether the investment was worth it. Assemblyman Sean Ryan (D-Buffalo) acnowledges that $53 million in taxpayer money is enough to make New Yorkers gasp, but insists, “What we know is we have the bones of a good program, and we’re trying to build on that.”

One brick at a time, I guess.