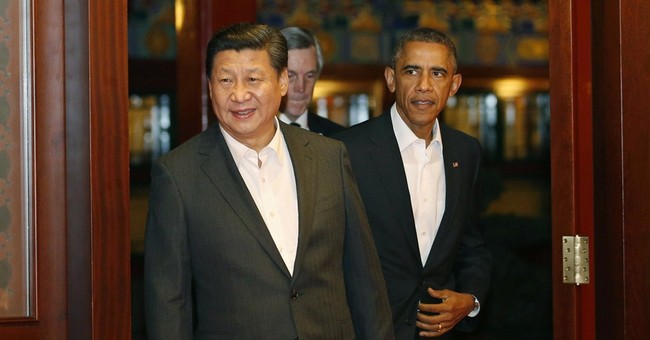 When President Obama announced the new Visa deal between the United States and China at this week’s APEC (Asia-Pacific Economic Cooperation) summit in Beijing, he proudly beamed that the agreement would benefit everyone from “students, to tourists, to businesses large and small.” Student Visas, he explained, would be extended to five years instead of the current one year and business and tourist Visas would be extended to ten years. It was a welcome agreement, but Fox News host Greta Van Susteren noticed a “glaring omission.”

In her “Off the Record” comments Monday, Susteren slammed President Obama for forgetting all about the press when he worked out a deal with China and insisted we are being “had” by the Asian country.

“But, a glaring omission. President Obama did not demand that journalist Visas be part of the deal. China has a horrible history of restricting the press – both foreign and domestic. If the Chinese government doesn’t like a story written about China, China will block the English language news websites delay or deny Visas to journalists of the so called offending news organizations.”

Susteren went on to share her own personal struggles in China as a journalist. Once while traveling in the country, she was denied a transit Visa, meaning she couldn’t even change planes while in the Beijing airport.

China has continued to prove it’s no friend of the press as recent as this summer. In June, the State Administration of Press, Publication, Radio, Film and Television declared that reporters now had to get permission from their employers to write “critical reports” and were banned from starting their own websites. This is one of the reasons The New York Times has referred to China as “one of the world’s most controlled media environments.”

By failing to fight for more Visa privileges for journalists, Obama is acting complicit in China’s state-controlled media culture. Freedom of the press shouldn’t be taken for granted. No one should appreciate that more than the president of the United States.