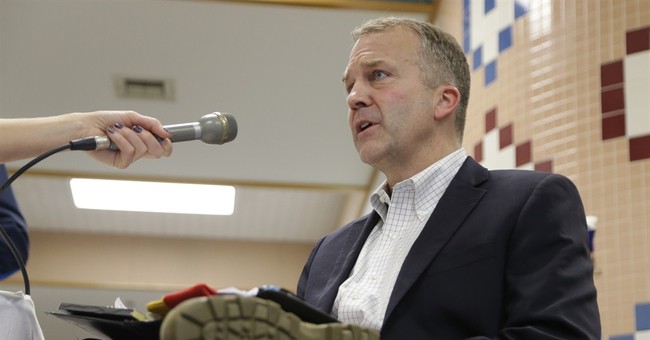 It’s the morning after, and Alaska still has no clear winner in the tight Senate race between Republican Dan Sullivan and Democratic Incumbent Mark Begich. A mere 8,000 votes separates the two with 100 percent precincts reported. Sullivan is hanging on to the narrow lead, but Begich has yet to concede. Some outlets are reporting that this nail biter may not be called until next week.

Sullivan, a former U.S. Marine Corps officer, had been consistently up in the polls over Begich throughout the election. Our poll tracker had him up by 3 points for weeks.

At the outset of his campaign, Sullivan hammered Begich for voting with President Obama over 90 percent of the time. It’s hard to say whether or not Begich’s compatibility with Obama is what ultimately drove Alaskans to vote for the Republican, but considering the president’s unpopularity with Alaskans, it was certainly a factor.

Begich, for his part, did his best to deflect these arguments and distance himself from the president, even stating he was “not relevant” to the election.

Begich gave Alaskans even more reasons for voting for his opponent after offending Republican Senator Lisa Murkowski with sexist comments, then refusing to apologize.

Given all these Begich bumps in the road, perhaps Sullivan may just tweak this out.