Politico: Sarah Palin’s Neighbors Might Hold the Senate’s Fate in Their Hands 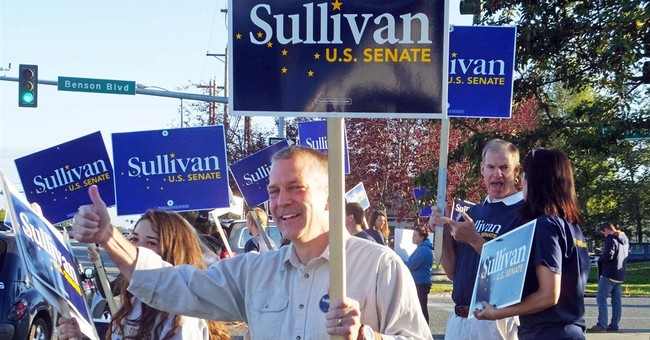 It’s no secret that Sen. Mark Begich (D-AK) is in trouble. He votes with the president too often for many Alaskans’ liking, he’s too absent in Congress, and the Democratic candidate for governor has even declined to endorse him.

Coyne saved a bit of mockery for the “Rally for the Valley” held near former Governor Sarah Palin’s house in the Matanuska Valley, home to a large chunk of the state’s conservatives. Here's how she described that crowd:

There’s the scruffy guy who sees Muslim terrorists everywhere, the frazzled woman who dreams in prophesy, the mayoral candidate who recently got ratted out to Homeland Security for his weird talk of guns, anarchy and riots in movie theaters. The camo-clad hunters just in from a moose kill.

Coyne explained what this group’s votes could mean, not just for Alaska, but for the whole country:

Considering that races in Alaska are sometimes won by single-digit votes—and that Sen. Mark Begich won by about 4,000 votes against Sen. Ted Stevens in 2008—that’s a coveted block. Sarah Palin’s neighbors, in other words, might very well hold the fate of the U.S. Senate in their hands, a thought that could make more than a few Beltway denizens choke on their chardonnays.

Coyne’s satirical tone aside, there is truth to what she writes. Alaska is a key swing state and, if the midterms come down to this election, Sarah Palin’s conservative "neighbors" may be the bloc that ultimately takes the Senate away from Democrats’ hands.

Here's where the two Senate candidates currently stand in the polls: