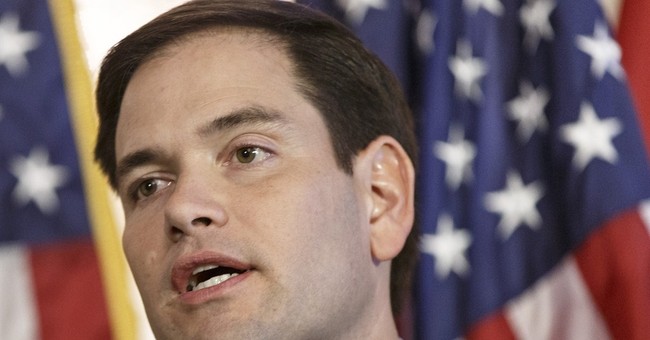 "The truth of the matter is she was the secretary of state during an administration that has had virtually no successes on foreign policy," he said.

Voters seem to agree. A recent Politico poll reveals that 32 percent deem her tenure as Secretary of State “poor.”

Barring her foreign policy record, Rubio’s second slight against Clinton was a more intriguing one:

"I just think she's a 20th century candidate," he said. "I think she does not offer an agenda for moving America forward in the 21st century, at least not up till now."

The criticism was not supposed to be a jab at Clinton’s age, but that must certainly be in the back of many voters’ minds. The former First Lady is now 66-years-old, meaning she would be well into her seventies were she to reach the White House. What’s more, after Clinton was hospitalized last year for a blood clot in her head, some questioned whether she is healthy enough to run for president.

Rubio, on the other hand, is 43-years-old and has seemingly not faced any major health scares. He has not decided on a presidential run, yet will make up his mind by early 2015, he told NPR.

With Clinton, Joe Biden and Elizabeth Warren as the only Democratic names being thrown around for 2016, clearly the Republican Party has age on its side this time around.