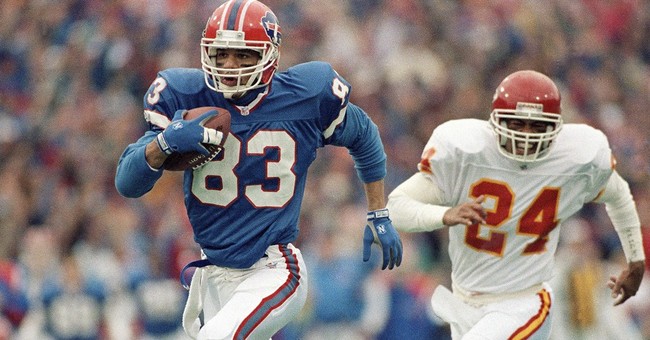 In upstate New York, becoming a Buffalo Jill is almost as impressive as becoming a New York City Rockette. But, as the following young women will tell you, being a Buffalo cheerleader is not so glamorous as it seems. Tuesday, five former Jills announced they are suing the football team and its managers for withholding wages and for forcing them to endure degrading treatment. WBEN.com reports:

The five former Jills claim the team, Stejon Productions, the current manager, and Citadel Communications, the former manager, failed to pay the minimum wage for extensive game day work as well as community event appearances. The hundreds of hours of work did not meet the minimum wage standard of $8 per hour in New York State.

Here's a few more details from the testy lawsuit:

"In flagrant violation of numerous laws of the State of New York, exploited plaintiffs, who worked for them as members of the Bills’ cheerleading squad, by failing to pay them for all hours they worked each season. The Bills, Citadel and Stejon also failed to reimburse the Jills for certain business expenses, failed to pay them in a timely manner, took unlawful deductions and kick-backs from the Jills wages, unlawfully took gratuities paid to the Jills, failed to adhere to the notice and record keeping requirements of the Wage Theft Prevention Act, and were unjustly enriched as a result of the Jills’ work."

In addition to not receiving compensation for their appearances at football games or practices, these former cheerleaders claim they were also subjected to mandatory and embarrassing public appearances, such as the Jills Annual Gold Tournament, where they had to dress in bikinis and then step into a dunk tank.

No offense to these ladies, but how many want to be a cheerleader because of the great salary? It's more about the status and name recognition, is it not?

The Oakland Raiders and Cincinnati Bengals are currently facing similar lawsuits. I guess these Buffalo Jills just have nothing to cheer about.