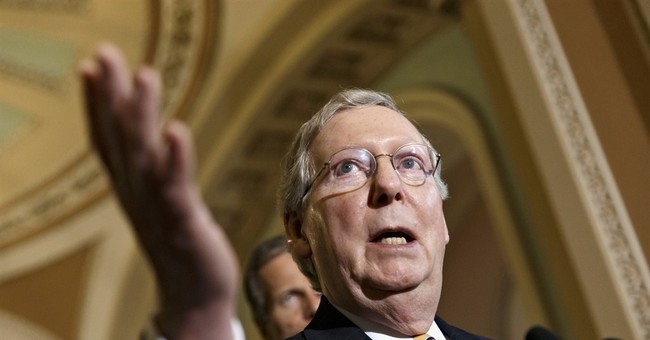 For all the other controversy surounding Sgt. Bowe Bergdahl, President Obama's decision to release five Taliban leaders, without formally notifying Congress first, is almost universally understood to be illegal.

Sure, there are some people who argue that the law in question, the 2014 National Defense Authorization Act — specifically Section 1035, is an unconstitutional infringement of Obama's inherent Article II wartime powers.

However, if Obama believed that Section 1035 did infringe on his Article II war powers, then he should have vetoed the bill outright and demanded Congress pass it again without the offending provision. Either way, even those who say Obama acted within his constitutional rights, also admit that he violated the underlying statute.

Given that Obama acted illegally, what can Congress do about it?

The same statute that requires Obama to notify Congress of prisoner releases from Guantanamo also fails to create a penalty for the president should he (or she) violate the law.

So Obama could flagrantly violate this provision by emptying Guantanamo entirely and Congress could not do anything about it.

If this sounds crazy, and it is, it is absolutely normal for Washington. Congress has placed numerous requirements on the executive branch that carry zero consequences if they are not followed. The Budget and Accounting Act of 1921, for example, requires the president to submit a budget every year before the first Monday in February. Presidents often miss this deadline, however, because there simply is no penalty included in federal law.

Obama has taken particular advantage of this oversight by missing the deadline more than another president.

Some conservatives are pushing impeachment as a remedy for Obama's violation of Section 1035, but not only is that politically impossible with Democrats in control of the Senate, but it would also be too harsh a response for the wrongdoing involved.

Instead, Republicans should focus on denying funds to the relevant federal agencies until Obama begins following the law.

If Obama isn't enforcing immigration law, defund DHS. If Obama has said he plans to bailout Obamacare insurers, defund HHS until he says the risk corridor program will be run on a revenue neutral basis.

There are smaller steps Republicans can take to hold Obama accountable for breaking the law. And that applies to the Bergdahl situation too.