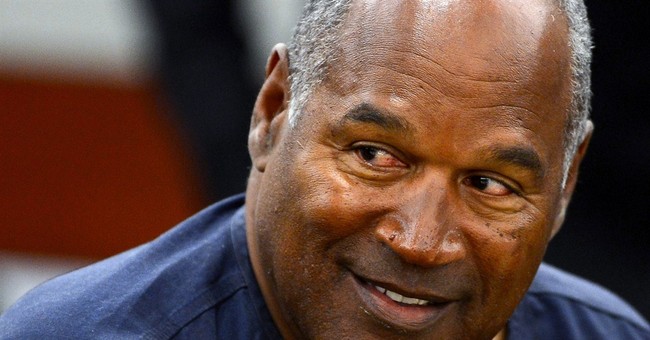 Simpson was charged, and eventually acquitted, with the murder of his ex-wife, Nicole Brown Simpson, and her friend, Ron Goldman, who were found stabbed at her home in Los Angeles. The knife used in that crime has never been recovered.

Two decades after O.J. Simpson was acquitted of murdering his former wife and her friend with a knife, police have learned of a knife reportedly found on the grounds of his former home, and kept since the late 1990s by a retired police officer. The knife is being tested for DNA evidence, police officials said on Friday.

The retired officer has told investigators that while he was off-duty but in uniform, working security for a movie shoot nearby, “an individual who claimed to be a construction worker provided him with this knife, claiming that it was found on the property,” Capt. Andrew Neiman of the Los Angeles Police Department said at a news conference.

“We still don’t know if that’s an accurate account,” he cautioned. He declined to be specific about the date, but said it was “possibly during the demolition” of the house Mr. Simpson had lived in, in the wealthy Brentwood area of Los Angeles, which took place in 1998.

“It has been submitted to our lab,” Captain Neiman said. “They are going to study it and examine it for all forensics, including serology and DNA and hair samples, and that is ongoing as we speak.”

Even if the knife were found to contain Nicole Simpson's DNA, O.J. cannot be re-charged with the crime due to double jeopardy laws. He is currently serving a prison sentence for robbery.