Rubella Eradicated from the Americas 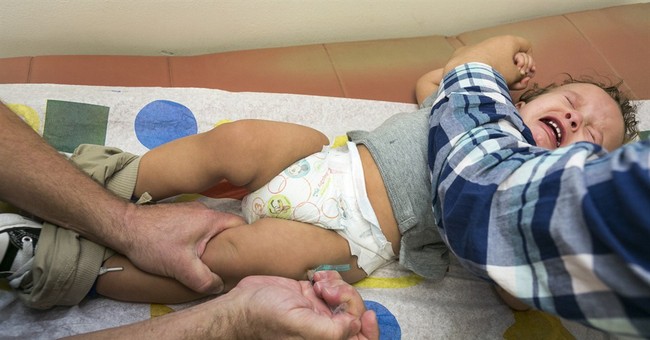 Thanks to widespread vaccination programs, the disease rubella (also known as German measles) has been eliminated from the Americas. While the disease, which has no known cure, manifests itself as a mild rash in fever in most children and adults, it is particularly dangerous for pregnant women and unborn children. Fetuses in their first trimester are susceptible to miscarriage and severe birth defects if their mothers contract rubella.

Since the rubella vaccine was developed in 1969, there has been a steady decline in the number of cases. Vaccinations were necessary to develop herd immunity against the disease and protect pregnant women and their children from contracting the illness. In developing nations, the vaccine was initially primarily given to women and girls, but once it was coupled with measles and mumps vaccinations (to form the MMR vaccine), men were eagerly vaccinated and encouraged their families to get vaccinated as well.

The campaign to eliminate rubella in the Americas was formally declared by the Pan American Health Organization in 2003, but many countries had long suppressed their outbreaks through various campaigns.

The island nations of the Caribbean began with a pilot program in the Bahamas in 1997, said Dr. Karen Lewis-Bell, a Jamaica-based Pan American Health Organization adviser.

By that time, most children were protected by vaccinations given in school, but many adult men were not because earlier campaigns had focused on vaccinating only girls starting at age 10 because they were in the highest-risk group.

Not only did the men line up for the shot, “but they brought their wives and girlfriends to construction sites to get it,” Dr. Lewis-Bell said.

Rubella joins smallpox and polio as diseases that have been completely eradicated from the Americas.

Unfortunately, rubella is not yet eradicated everywhere--even in developed nations. In Japan, 15,000 people were stricken with the illness in 2013. The outbreak was banned on Japan's ban of the MMR vaccine and spotty job at catching children up with vaccinations.