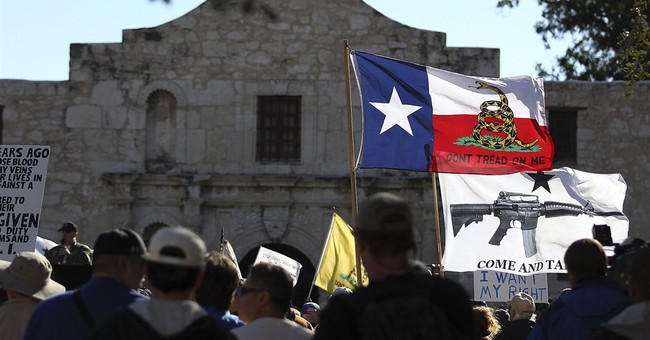 Texas is one step closer to becoming the latest state to permit the open carry of handguns. The Texas Senate earlier today voted 20-11 along party lines to allow residents of the Lone Star State to carry a weapon unconcealed without a permit.

More than half of U.S. states permit people to carry firearms without a permit. Texas was one of just six states (plus the District of Columbia) that forbids the practice. On the other end of the spectrum, Vermont, Alaska, Arizona, and Wyoming are "constitutional carry" states that permit residents to carry both concealed and openly without a permit.

Senators voted 20-11 Monday to approve Senate Bill 17, which would allow open carry legal for those with a concealed handgun license.

Vote after vote on more than 20 proposed floor amendments to SB 17 showed party lines were drawn. Every vote was 20-11, with the 20 Republicans voting in favor and 11 Democrats voting against.

The bill would allow concealed handgun license holders to display their guns outside of their clothes.