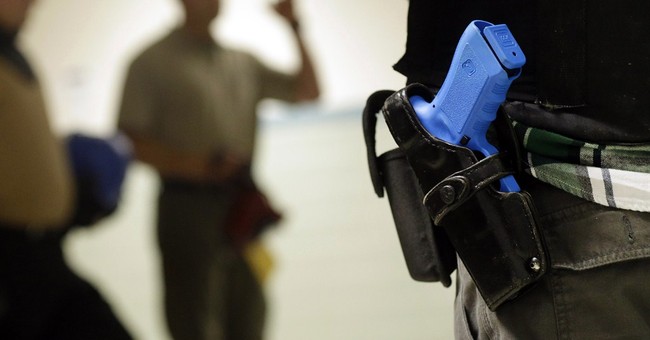 For the second time in a little under a year, Maine's legislature is debating whether or not to allow the "constitutional carry" of guns. A bill submitted by Sen. Eric Brakey (R-Auburn) would allow people to carry concealed weapons without a license. Open carry is legal in Maine, and Maine is currently described as a "shall-issue" state for concealed carry permits.

Sen. Eric Brakey, R-Auburn has submitted a bill that he said he would restore Second Amendment rights.

The bill has bipartisan support in the state legislator, with 96 sponsors.

"We criminalize the act of putting on a jacket or a coat that conceals that. All we're doing, is saying we're not going to treat you like a criminal if you put a jacket on. If you can already, legally, open carry a handgun," Brakey said.

A similar bill failed in March 2014. Six other states permit (law-abiding) gun owners to carry concealed without a permit.

I think this law makes sense. As long as a gun is legally owned and the owner is law-abiding, it should not make a difference as to how the gun is carried. While some may squirm at the concept of "concealed carry without a license," I think Brakey phrased it well when he explained that under current law, wearing a jacket over ones weapon (turning an open carry situation into a concealed carry situation) could potentially make someone a criminal. Given the bill's bipartisan support, this seemed to resonate well with members of the legislature.