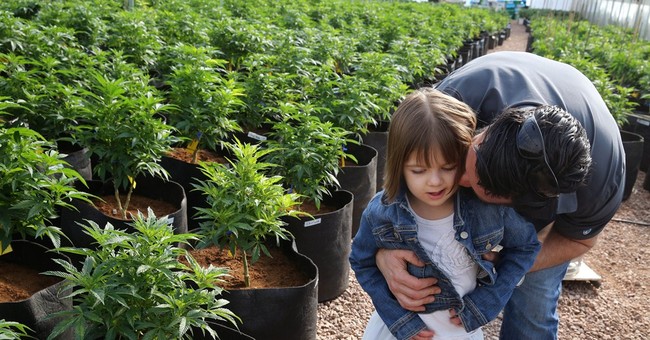 In 2013, a six-year-old epilepsy patient named Charlotte Figi was featured in a CNN documentary about medical marijuana following a dramatic improvement in her condition after she began ingesting a low-THC strain of marijuana named "Charlotte's Web." Figi's parents turned to medical marijuana (in the form of cannabis oil) as a last resort to treat their daughter's seizure disorder, which was causing about 300 grand mal seizures per week. Figi's seizures were reduced from 1,200 a month to just three in eight months following the beginning of her treatment. Now, the head of Epilepsy Foundation is urging for nationwide availability of the strain, saying that parents of sick children shouldn't be forced to move to Colorado to treat their children.

“There is enough evidence to suggest we should really try and study this,” said father Warren Lammert.

His daughter, Sylvie, had her first seizure at 9 months old.

“She had an implanted medical device, she’s tried the ketogenic diet but we haven’t found anything that will control her seizures,” said Lammert.

Sylvie is now 16 and despite numerous treatments still lives with daily seizures.

“She’s delayed and she’s in a special school,” said Lammert.

Lammert is chairman of the board of the Epilepsy Foundation and has enrolled Sylvie in a clinical trial of CBD at New York University.

“I feel blessed to at least have the hope of this new therapy and I feel other fathers other mothers, other families should have that hope and have that option,” said Lammert.

The Charlotte's Web strain does not result in a "high" due to its low THC content. It is distributed through oil placed under the tongue.

Epilepsy is not an easy illness to treat, and each patient will respond differently to different forms of treatment. While this particular strain of marijuana may not help every patient, it's clear that it is effective at improving the quality of life of at least some epileptics. Why should the government have the power to deny a sick child access to potentially life-changing medication?

Marijuana is currently classified as a "Schedule I" drug, which is the same level as heroin and ecstasy. Being a Schedule I drug means that there is "no currently accepted medical treatment use in the U.S." This clearly isn't true, as evidenced by the thousands of people who use marijuana to treat everything from anorexia nervosa to glaucoma. If a politician proposed banning a form of chemotherapy in some states, but not others, they'd be laughed out of the room and rightfully called a quack. Politics shouldn't get in the way of helping those who need it, and medications should be available nationwide.