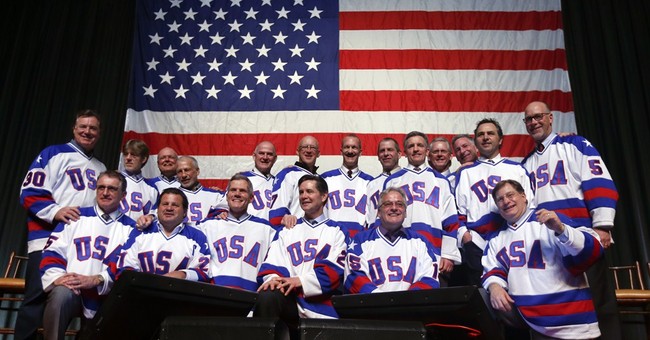 Thirty five years ago today, the men of the 1980 U.S. Olympic Ice Hockey Team captured the gold medal, defeating Finland two days after their upset victory over the Soviet Union in the game dubbed the "Miracle on Ice." Their efforts were commended today on the House floor by Rep. Elise Stefanik (R-NY) in her first-ever floor speech. Stefanik is from and represents the region that includes Lake Placid, the location of the 1980 Winter Olympic games. Stefanik explained the cultural significance of the game, in the midst of the Cold War, reminding Americans that a united country was capable of achieving the impossible.

While I already admired Stefanik for being the youngest female ever elected to Congress, I like her even more now for being a hockey fan.

Here's the last minute of the Miracle on Ice game, if you're feeling particularly patriotic: