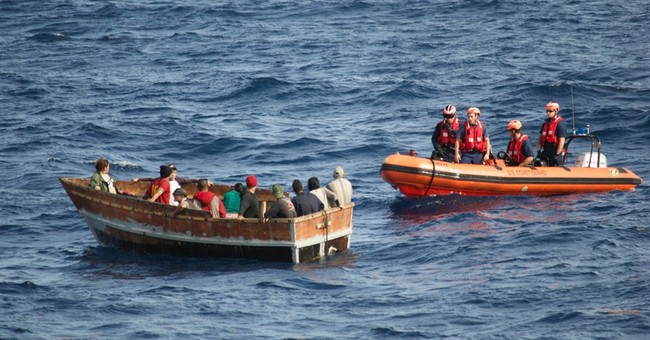 A little less than a month ago, President Obama announced that the United States would seek to normalize relations with Cuba. Since then, Cuba has waffled on releasing prisoners it promised to release, and Cubans are continuing to risk their lives to escape the island and reach the United States. The Coast Guard is reporting a 117 percent increase in Cuban escape attempts since then, including 121 Cubans who were intercepted in the last week alone.

From The Daily Signal:

Even as Washington renews diplomatic ties with Havana, hundreds of Cuban refugees continue to flee the Castro regime for America, braving the 90 miles of perilous open sea in crude homemade vessels.

All were summarily returned to Cuban authorities, as were the 481 refugees intercepted just in the month of December—a 117 percent increase since last year, according to the Coast Guard.

While I empathize with Cubans who long for a better life in the United States, it's curious that even more people are still willing to risk (literally) everything to leave Cuba for the United States despite Obama's attempt to improve relations between nations.