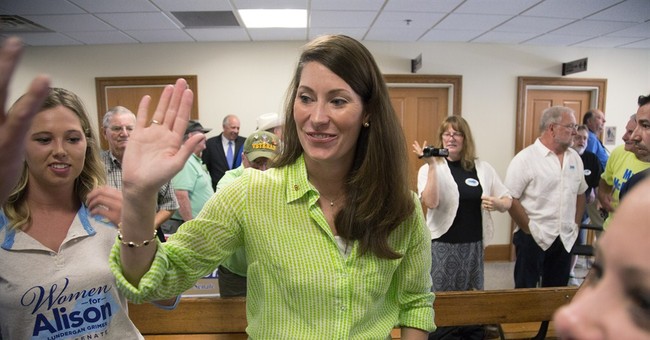 I've written earlier about her lukewarm attitude toward President Obama, her attempt to usurp Mitch McConnell's position on coal, and Guy covered her awkward refusal to admit to voting for Obama. Now, a new quasi-secret ad released by the Grimes campaign takes a shot at McConnell for his 1986 vote on amnesty, despite that Grimes herself said (in 2014) that immigration reform and a pathway to citizenship is needed.

Grimes' campaign is clearly trying to have it both ways on McConnell's "amnesty" attacks. For online and out-of-state progressives and donors, they're using the "web ad" to defend themselves in line with the Democratic party's agenda. But on television in Kentucky, they're running an ad trying to run to McConnell's right on "amnesty." Notably, the new anti-amnesty ad is unlisted on YouTube, meaning it doesn't show up on Grimes' main YouTube page and isn't searchable — minimizing the likelihood that out-of-state supporters will see it.

Charming. No wonder the campaign has been labeled as one of the worst-run of the 2014 Senate elections.