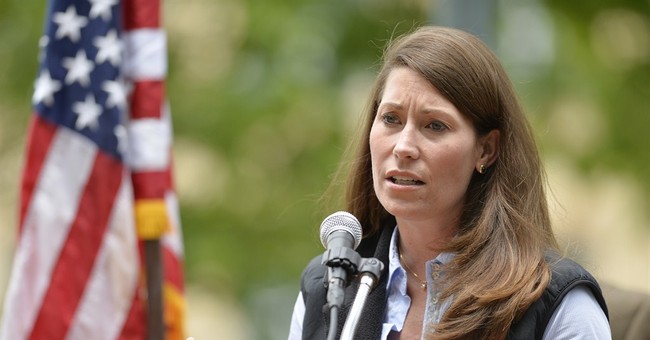 The EPA announced a host of new rules and regulations this morning that many people claim will cause electricity rates to skyrocket and will cripple the coal industry. Kentucky, the third-largest producer of coal in the United States, is likely going to be hit quite hard by the new regulations. So hard, in fact, that the state's Democrats have basically adopted the GOP's platform on the issue.

The full statement read as follows:

“President Obama’s new EPA rule is more proof that Washington isn’t working for Kentucky. Coal keeps the lights on in the Commonwealth, providing a way for thousands of Kentuckians to put food on their tables. When I’m in the U.S. Senate, I will fiercely oppose the President’s attack on Kentucky’s coal industry because protecting our jobs will be my number one priority.”

Sound familiar? Grimes is essentially parroting the words of her opponent, incumbent GOP Senator Mitch McConnell. McConnell has been fighting the EPA and its proposed rules regarding carbon emissions since 2001. His efforts this past January, before any actual legislation or rules were announced, were described by the Sierra Club as similar to "asking for an instant replay before the football is even snapped."

Clearly, McConnell is no friend to the EPA and is not representative of the "Washington" that Grimes eviscerates in her statement. This being said, her statement makes little sense from a policy standpoint—her and McConnell share the same views on the issue, and her party is in control of the Senate and the Executive Branch. Democrats (at least those who don't reside in major coal-producing states) are the ones pushing for these regulations. Grimes would be facing an uphill battle and opposition from her own party if she were actually elected to office.

When Democrat candidates start tweeting Republican views, you know things cannot be good behind the scenes.