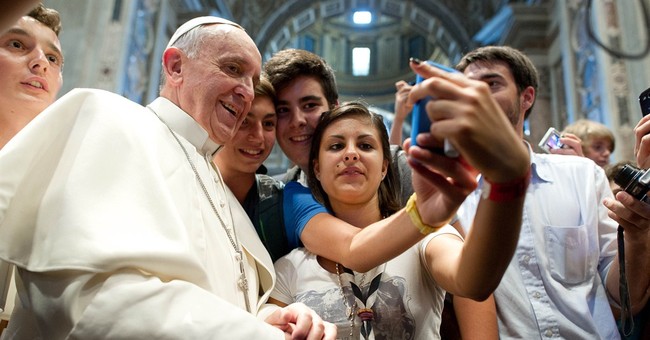 Philadelphia Archbishop Charles Chaput announced today at a conference in Fargo, North Dakota that Pope Francis has accepted his invitation to come to Philadelphia in September 2015 to attend the World Meeting of Families. Chaput's announcement confirmed rumors that the Supreme Pontiff was coming to the United States. The World Meeting of Families is an event held every three years by the Pontifical Council of the Family.

Vatican spokesman Fr. Federico Lombardi, S.J. confirmed that the Bishop of Rome was indeed coming to Philadelphia for the event, and was also mulling offers to visit other major cities on the East Coast during his trip.

Jesuit Fr. Federico Lombardi, Vatican spokesman, said Friday that Pope Francis has expressed "his willingness to participate in the World Meeting of Families" in Philadelphia, and has received invitations to visit other cities as well, which he is considering. Those invitations include New York, the United Nations and Washington.

The World Meeting of Families drew over a million people in 2012 in Milan, Italy for a Mass celebrated by Pope Benedict XVI. It is likely the crowd in Philadelphia will be even larger, considering Pope Francis' popularity in the United States.

Personally, I'm pretty excited for Pope Francis' first trip to the United States since his election. I'm very curious about what he will have to say at the event, especially considering that this year's theme is the family's intrinsic value for society. In a time of rapidly falling birthrates and marriage rates, I wonder what Pope Francis will suggest as a possible solution.