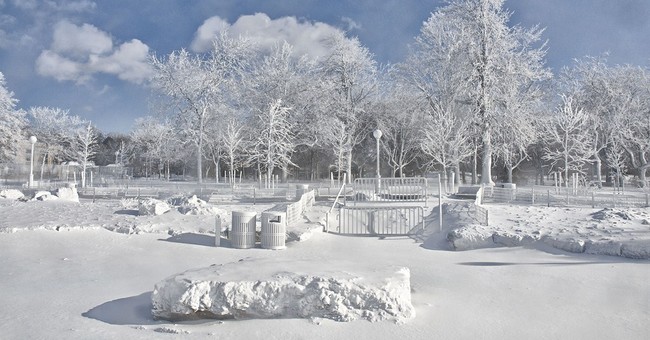 Katie wrote earlier today about how the United State's GDP grew at .1 percent, compared to estimates of 1.1 percent growth.

The White House's official report blamed "unusually severe" weather for the startlingly-low increase in GDP, noting that there had been record cold temperatures and intense snowstorms.

Curiously, the severe winter weather did not have a similar economic effect on our neighbor to the north, Canada. Canada's GDP grew by 2.5 percent, exactly what was forecast. Several Canadian cities experienced their coldest and snowiest winters in decades.

Perhaps Canadians are heartier than Americans?