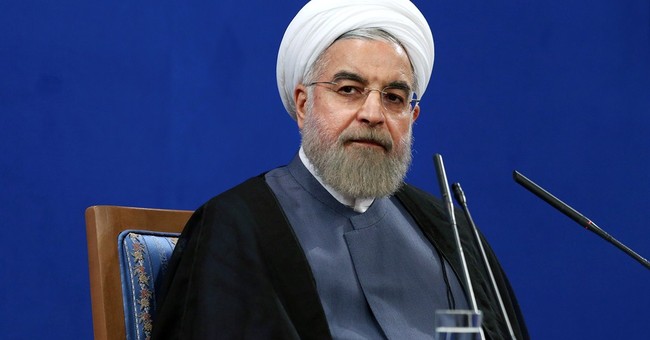 Guests and audience members learned about the history of American relations with Iran and why we should fear the current Iranian nuclear deal at the American Conservative Union's newly formed Policy Center for Statesmanship and Diplomacy event on Friday.

The event, called "Iran Nuclear Deal: What Can We Expect?", took place in the Cannon Caucus Room inside the Cannon House Office Building.

The event featured a panel moderated by ACU Foundation Senior Fellow and FoxNews.com host KT McFarland. The speakers on the panel were retired Lt. General Michael Flynn, American Enterprise Institute scholar Michael Rubin and strategic policy and intelligence expert Clare Lopez. Each speaker would give their opening remarks, followed by a Q&A with McFarland and audience members.

McFarland began the panel by describing how Iran and America used to be allies while the Shah was in power, but ever since the mullahs took over in 1979, Iran has become the most active state sponsor of terrorism and its actions have grown even more worrisome over the past ten years.

"It now gives a certain amount of credibility to the chants of 'Death to America!'" McFarland said.

McFarland said she does not support the current Iran nuclear deal.

Flynn spoke first, saying that he looks at the future of the country through the eyes of his grandchildren and that we as a country have to be very careful for warning signs and indicators signaling America turning into a different country.

This is what makes voting so important, which is why he thinks that it's irresponsible for voters to vote "blindly," meaning that voters vote for candidates without knowing much about them.

"People need to get involved at the local level and take responsibility," Flynn said.

"This nation needs clarity right now instead of confusion," Flynn said. "We are confused from a national security perspective, foreign policy perspective and I can take it all the way down to immigration, education, whatever the issues are."

On confidence, Flynn said that America's leaders needed to be confident in themselves.

"I don't want us to show weakness," Flynn said.

Flynn said there needed to be more coherence in the country and internationally, especially when it came to negotiating with Iran.

"Iran, you don't contribute to the greater good of humanity," Flynn said. "Why are they sitting at the table with the United States of America?"

Lastly, Flynn said that in terms of character, America needs to be known for being trustworthy, a good friend and partner, respected and reliable.

"We've sort of lost what our consciousness is of what America is built on," Flynn said. "Lots of sacrifice, lots of sacrifice over many, many generations of Americans."

Flynn does not support the nuclear deal with Iran.

"Why do we want to deal with somebody who is crying out 'Death to America'?" Flynn asked.

Flynn thinks that Iran will get nukes, and that they will use it given their belief system.

Following Flynn was Rubin, who said that America was "projecting our own good will to the Iranian side", pointing out that the Islamic Revolutionary Guard and Supreme Leader Ayatollah Khomeni have not bought into the deal.

He also pointed out that President Hassan Rouhani is also not to be trusted, given that in Iran he is known as "Mr. Fix-It" and defended his negotiations with the EU3 in 2005 as "lulling our adversaries into complacency."

"I never thought that they would be playing three-dimensional chess while we're playing solitaire," Rubin said.

Lopez followed Rubin and started her remarks by pulling out a copy of the Iranian constitution.

"It says that the Iranian regime is a jihadist regime dedicated to Sharia spreading across the entire world," Lopez said

She also pointed out that Iran is a member of the Organization of Islamic Conference, which features Muslim countries rejecting the United Nations Declaration of Human Rights.

"The only human rights that Muslim countries would observe are those under Sharia," Lopez said, pointing out that this included stoning and flogging to death.

She also said that an Iranian executed every two hours and that there is a lot of Jew hatred in the country, calling them "insects," "bacteria," and "cockroaches."

"The genocidal threats of this regime against the Jewish state of Israel has been nonstop," Lopez said.

Lopez wondered why we are talking with Iran given these things, and went on to list attacks that Iran and their proxies- including Hezbollah and al-Qaeda- have committed, including the 1992 Israeli embassy bombing and 9/11.

Lopez described Iran getting a nuke as "worrisome," especially since they now have Intercontinental ballistic missiles that can reach America and that the North Koreans, who have electromagnetic pulse technology, are in Iran all the time.

And if Iran were to get a nuke, they would use it for purposes of blackmail and insurance.

"They would be more aggressive to feel free to deploy and send out their terror proxies," Lopez said.

In order for there to be a good Iranian nuclear deal, Lopez said that there needed to be a complete halt on nuclear enrichment, stockpile need to be destroyed and/or taken out of the country, missiles need to be on the table, American hostages need to be released and genocidal threats against Israel must end.