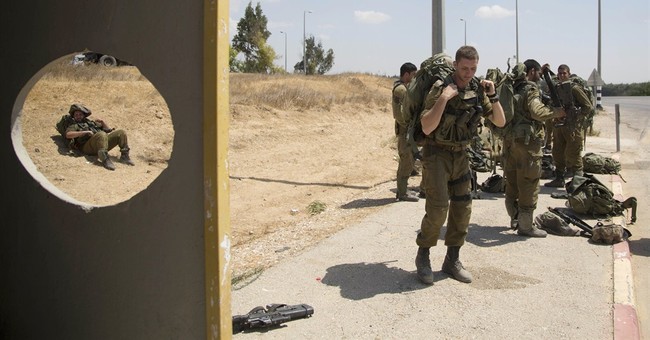 A panel of former generals released a report over the weekend that said that Israel did not commit war crimes in the Gaza conflict last summer.

From the Washington Free Beacon:

The foreign group was led by Gen. Klaus Naumann, former chief of staff of the Bundeswehr and former chairman of NATO’s Military Committee. The panel conducted a week-long fact-finding visit to Israel last month at the initiative of a pro-Israel group.

“Each of our own armies is committed to protecting civilian life during combat,” the report, which was submitted to the UNHRC, said. “None of us is aware of any army that takes such extensive measures as did the IDF last summer to protect the lives of the civilian population in such circumstances. Israel not only met international standards in observing the laws of armed conflict but in many cases significantly exceeded that standard.”

Acknowledging that some Palestinian deaths were caused by Israeli errors of judgment, the panel of generals declared that Palestinian militants “as the aggressors and the users of human shields” were responsible for the overwhelming majority of civilian deaths in Gaza.

This comes right before the United Nations Human Rights Council releases a report this week condemning Israel for war crimes. Not unexpected, given the U.N.'s anti-Israel bias.

Critics of Israel will argue that the report isn't valid since it's funded by a pro-Israel group. While that is a valid criticism, the report's findings are accurate:

The 250-page report said the Israeli army was unique in assigning military lawyers to the combat commanders “to ascertain that they act in accordance with international law.” Firing missions are scrapped if the lawyers deem that they are illegal targets as defined by the Law of Armed Conflict.

Militants in Gaza are accused by Israel of deliberately basing themselves in residential areas. Israel has made it a practice during its recurring wars with Hamas to telephone residents of houses that are targeted and advise them to evacuate immediately.

Some 2,100 Gazans and 70 Israelis were killed in the fighting. Israel claims 44 percent of identified Palestinian casualties were militants. The Palestinians claim the overwhelming majority of those killed were civilians.

The report, drawn up by the Israeli Foreign Ministry, said Hamas’ strategy was to deliberately draw the fighting into urban areas both for tactical advantage and for the political gain from civilian casualties.

Nothing factually incorrect there. And remember, the conflict last summer started because Hamas kidnapped and murdered three Israelis.

The Palestinians aren't too happy about the report. But that's to be expected, as they wouldn't want something published that goes against their agenda.