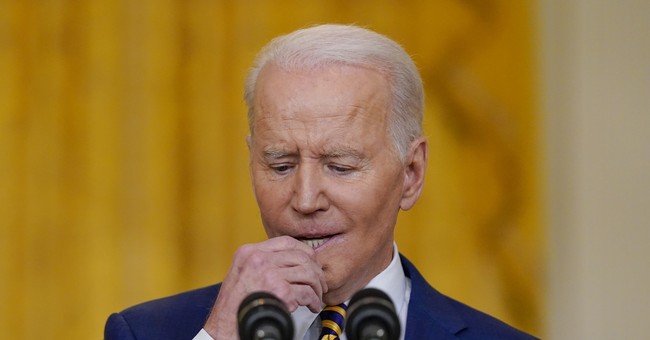 Last month, the Department of Education announced it launched a National Parents and Families Engagement Council that would facilitate parent involvement in their children’s education and forge “strong and effective relationships” between families and schools at the local level.

The move came after the issue captured national attention amid the pandemic as school boards and parents battled over topics ranging from the masking of children to critical race theory, explicit sexual education, and more.

But the organizations chosen to serve on the council prove the administration wasn’t serious about the issue at all. Now, they’re getting sued over it.

Fight for Schools, Parents Defending Education, and America First Legal filed a joint federal lawsuit this week against the Education Department, Secretary Cardona, and the Council claiming it violates federal law since the majority of the picks are leftwing activists who have either donated to the president, and Democratic lawmakers, or other liberal groups. None of the executives at the organizations gave charitable contributions to the GOP or conservative groups.

“The Biden Council blatantly violates federal laws governing the formation of federal advisory committees,” a press release about the lawsuit states. “Such laws mandate viewpoint diversity, open and transparent public meetings and activities, Federal Register notice of its creation, and public oversight. This Council fails on all accounts.”

The ”fake” Council is “nothing more than a public relations mirage, behind which are the same cabal of activist groups that created the very problems that parents have been working to fix at the local level,” said Ian Prior, Executive Director of Fight for Schools and Families. “We’re not fooled and neither will be the parents that wake up every day ready to fight for their children.”

Share this on Facebook
Tweet
Majority of Americans Believe Bidenflation Will Be Worse in 6 Months
Sarah Arnold
Texas is Taking Donations to Bus Illegals to D.C. and NYC
Sarah Arnold
Here's the Person Who Got Left Off the Passenger Manifest on Pelosi's Taiwan Trip
Matt Vespa
Joe Biden Proves Once Again Why He Isn't Fit to be President
Sarah Arnold
During FBI Ransacking of Mar-a-Lago, Feds Took Doc That Were Protected by Attorney-Client Privilege
Matt Vespa

Here's the Person Who Got Left Off the Passenger Manifest on Pelosi's Taiwan Trip
Townhall
Mom takes the CDC and their original COVID restrictions APART reminding them what they did to Americans to 'protect us'
Twitchy
Two of the Dumbest Dem Tweets You're Likely to See About Liz Cheney
Redstate
Yes, They're Going to Arrest Donald Trump. Deal With It.
PJ Media