15 Clues Your Father Might Be a Snowflake (With Gift Suggestions) 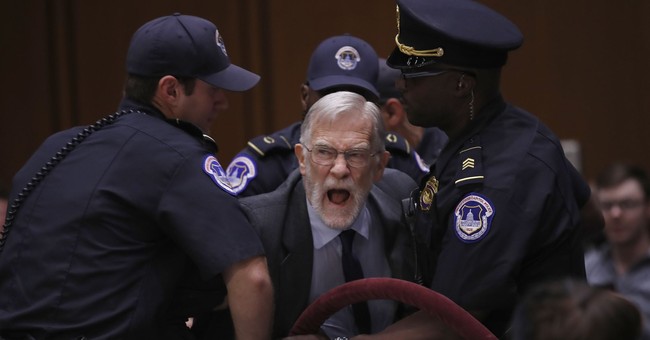 With Father's Day quickly approaching, you may find yourself at a loss as to what to buy dear old dad. If he reads Townhall, then you have it made. However, for the few of you who find yourself in that awkward situation where you suspect your father might just be a snowflake, here's a helpful guide in both identifying telltale symptoms and helpful gift antidotes.

#15. He kneels or sits during the National Anthem.

Gift Idea: A motivational poster with a screenshot from this video

Gift Idea: A copy of Tiffany's Table Manners (For Teenagers)

#13. He recently supported a recession and a "crashing economy" to "get rid of Trump."

Gift Idea: A copy of Capitalism and Freedom by Milton Friedman

#12. He has ever had a pedicure or manicure.

#11. The mere mention of any of the following sends him into a screaming tirade: Donald Trump, Fox News, Jesus Christ, Rush Limbaugh, the Koch brothers, AR-15, tax cuts, Mike Pence, and Ronald Reagan.

#10. He was rooting for Trump to fail in attempts to denuclearize North Korea.

Gift idea: A signed copy of The Art of the Deal by Donald J. Trump

#9. He believes Salon and Mother Jones are legitimate news sources.

Gift idea: A subscription to the Limbaugh Letter

#8. He has binged watched all episodes of Property Brothers.

Gift idea: A pink Cricket .22 caliber rifle and a set of ear muffs

#3. He has ever worn a stocking cap intended to represent part of the female anatomy.

#2. He's actually your stepfather, has never had children of his own, and prefers fruity drinks.
Gift idea: Bourbon from the American Freedom Distillery

#1. He still thinks there was "Russian Collusion."

Gift Idea: A unicorn (Because that's about as real as "Russian Collusion.")