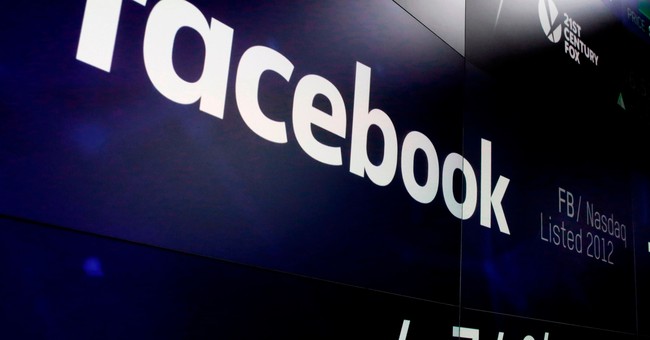 CRPC decided to share a Fox News piece detailing the research they conducted on their Facebook page. The organization wanted to boost their post as an ad so more people would see the study's results. That's when Facebook's bias became clear.

One of the ads CRPC posted was a direct link to their website where people could download the study's results. Facebook quickly approved the ad and all was fine.

When the organization went to post an ad linking to a Fox News article that detailed the study's results, the ad was not approved.

This is the Facebook notice @CrimeResearch1 received when they attempted to promote a @FoxNews article detailing a recent study of theirs. pic.twitter.com/zkBCjnMGS2

Facebook flagged the Fox News article as "low quality" or "disruptive," something CRPC disagreed with.

"In our appeal, we wrote back that the Fox News link was to an original news story. I told them that I don’t understand how FB views a news story as either 'low quality' or 'disruptive,' but that we would appreciate them explaining why. Unfortunately, Facebook just repeated its previous response," CRPC President John Lott wrote on the organization's website.

According to the organization, they would willingly share articles from liberal news outlets, such as CNN or the New York Times, if those outlets covered their recent gun study.

To make things more interesting, Lott tried promoting a few different articles in various news outlets to see how Facebook treated them. Here's what he detailed in a blog on the organization's website:

CNN and the NY Times haven’t run news stories on our work, so we can’t advertise links to such Facebook-approved sources. So we tried making a comparison between two different op-eds of ours. One to an op-ed that we had in the New York Post on Friday and one in the New York Times in February. Both concerned gun control.

Facebook disapproved the ad for Friday’s NY Post op-ed, but it was for a different reason than the Fox News article. FB disliked the NY Post op-ed ad because it was viewed as having “political content,” possibly because it was an opinion piece rather than a news story. Our previous op-ed on gun control in the New York Times was quickly approved. It isn’t apparent to us why the NY Post op-ed should be viewed as a political ad while the op-ed in the NY Times should be approved.

We have experienced similar problems when we have tried to promote our Fox News opinion pieces. But we had no problem with op-eds in The Hill and New York Daily News.

If Facebook is preventing ads that promote news articles at Fox News, it could have a significant impact on website rankings. Given how close the Fox News and CNN websites have been in page views, this bias could make a real difference in ranking.

For us, it means difficulty in highlighting news or opinion coverage of our research.

The New York Times ad was approved with no problem.

But when @CrimeResearch1 attempted to use a @FoxNews piece for an ad, it was not approved by Facebook pic.twitter.com/dagUhe6yE0

When it came to the Fox News opinion piece, the ad was not approved. Then Lott took a piece from The Hill and threw money behind the post. Again, it was approved with no issues.

To test the theory again, @CrimeResearch1 created an add with a piece from @thehill and had no issues. pic.twitter.com/fwqKprv2Kp

Townhall reached out to Lott, who says he repeatedly went through the Facebook political ad process, which requires each individual creating political ads to submit a copy of their driver's license, receive a specialized code via snail mail and then use the code to confirm their identity online. This was a process the social media giant put in place as a means of keeping people from meddling in elections.

Lott believes this censorship will have a significant impact on the news giant.

"If Facebook is preventing ads to promote news articles at Fox News, that could mean a real bias in whether people read news articles from Fox News. I suspect that it could also have a significant impact on their website rank," Lott told Townhall.