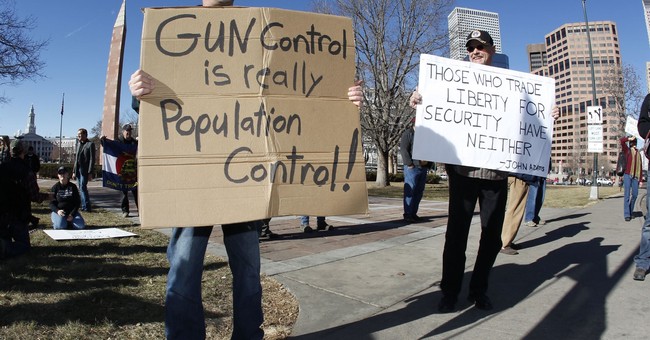 Gun rights groups in Washington State have spent the last few months fighting gun control ballot initiative I-1639 which would create stricter gun laws. A Thurston County Superior Court judge on Friday, however, ruled in favor of the National Rifle Association (NRA) and the Second Amendment Foundation (SAF). The judge ordered a writ of mandamus to prevent I-1639 from appearing on the November ballot.

SAF and the Citizens Committee for the Right to Keep and Bear Arms (CCRKBA) previously challenged the constitutionality behind the initiative because questions were raised about whether or not the petition's format complies with state law.

SAF Founder and Executive Vice President Alan Gottlieb previously told Townhall that I-1639's signature petitions "failed to underline new law and strike through removed law so that the reader could not know the current law, added law and subtracted law."

Judge James Dixon, who ruled in the case, was very clear about his position. “Frankly, this court does not struggle with this issue,” Dixon said. The law, he said, requires that petitions “must have a readable, full, true, correct copy of the proposed measure.”

“We got our day in court,” Gottlieb said. “We expected it. We won.”

“We got involved because I-1639 tramples on the rights of Washington state voters, and because the way these anti-gun activists went about pushing their agenda was egregious. We applaud this decision, and will remain vigilant in protecting the constitutional freedoms of all Americans," NRA-ILA Executive Director Chris Cox said in a statement.

The ballot innovative, if passed, would:
• Raise the age someone can purchase a rifle to 21.
• Create an "enhanced background check system similar to what is used for handguns."
• Require a person to complete a firearms safety training course.
• Create a common stand for secure gun storage.

Those behind the initiative immediately challenged Dixon's ruling, which will now go to the State Supreme Court.

“We’re confident that the Supreme Court will reverse” the ruling, Greg Wong, an attorney for the campaign, told the Seattle Times. According to Wong, other initiatives have moved to the ballot despite