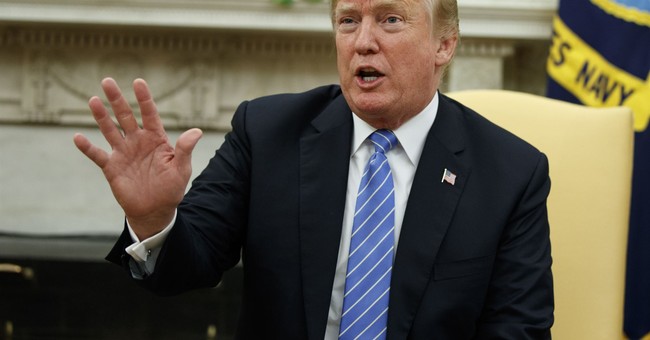 Governor Larry Hogan today released the following statement ordering Maryland flags to be lowered to half-staff to honor the victims of the shooting at the offices of the Capital Gazette in Annapolis on June 28: pic.twitter.com/nmngvhmv5b

“Obviously, I’m disappointed, you know? … Is there a cutoff for tragedy?” Buckley told the Baltimore Sun. “This was an attack on the press. It was an attack on freedom of speech. It’s just as important as any other tragedy.”

Trump has previously ordered flags to be flown at half-staff, particularly after school shootings in Texas and Florida, The Washington Times reported.

Buckley thought about defying the President's decision by ordering Annapolis flags be flown at half-staff. He decided not to pursue that course of action after discussing the situation with his wife.

“At this point in time, it would start to polarize people and I don’t want to make people angry,” Buckley said.

Buckley did not say why Trump denied the request.

UPDATE: President Trump on Tuesday issued a statement ordering flags be put at half-staff in honor of the Annapolis victims, the Washington Post reported.

“We waited all of Saturday, all of Sunday,” Buckley told the Washington Post. “We understood maybe there was some communications problems. We waited all day Monday and didn’t hear anything.”