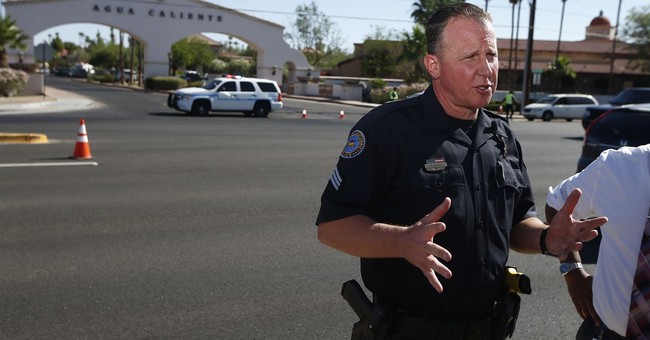 When coming up with the action plans, PERF asked executive members for their input. They then followed up with interviews of police chiefs, sheriffs, and other subject matter experts and reading through current gun violence literature and pamphlets.

According to PERF, these are the actions that will have the biggest influence on reducing gun violence:

1. Keep guns out of the hands of people who are legally prohibited from owning them by:

• Strengthening the National Instant Criminal Background Check System (NICS) by implementing part of the Fix NICS Act, which would require a more complete, timely, and standardized reporting of criminal FBI convictions to the system.

• Requiring background checks for all private sales and transfers.

• Closing the "boyfriend loophole," so domestic abusers who were not married to their victims do not have access to firearms.

• Increasing the length of time during which background checks can be completed, so as to minimize “delayed denial” situations.

2. We can prevent future killings by deterring people from illegally carrying firearms today.

• States should enact swift, certain, and proportional punishments for those charged with illegal possession of a firearm and other gun crimes.

• Penalties should be modest for first offenses, and should increase significantly for each subsequent offense. The purpose is not to incarcerate large numbers of offenders for long periods of time, but to convey a clear message that illegal carrying of firearms will not be tolerated. The goal is to break up the common pattern of repeated arrests for gun possession, with little or no consequences, eventually leading to an arrest for a homicide or other serious gun crime, with severe consequence.

• Accountability measures should be supported by an education campaign alerting the public to the consequences of illegally carrying firearm.

• Law enforcement agencies should work closely with state and local prosecutors, early in the investigatory process, to build strong cases that can be successfully prosecute.

• As part of their focused deterrence strategies, agencies should form close partnerships with federal officials on prosecuting high-risk gun offenders in federal court.

• Agencies should create and support victim and witness protection programs to guard against intimidation and to support cooperation with investigators and prosecutors.

3. What every gun owner must do: Secure guns in the home, and remove guns from homes where they pose an extreme risk.

• Enact and enforce laws (such as Child Access Protection statutes) that mandate the safe storage of firearms in homes and vehicles. These laws should be supported by public education campaigns that explain how to safely secure firearms, as well as prosecution of violator.

• Enact and utilize Extreme-Risk Protection Order laws that allow family members or friends to petition the courts to order the temporary removal of firearms from individuals who may be at risk of harming themselves or others. Police Executive Research Form.

• Enact and enforce laws that provide for the immediate surrender of firearms upon conviction of domestic violence offenses or other disqualifying events under federal law. Agencies should create and train specialized units to enforce protection orders and remove firearms from these offender.

• Develop and use lethality assessments tools for officers responding to the scene of a domestic violence incident to help determine if the victim is at an increased risk of being killed in a subsequent incident. Such tools can complement problem-oriented policing strategies aimed at curbing domestic violence.

4. Implement evidence-based policing strategies to target the small number of offenders who are responsible for most gun violence.

•Efforts to build community trust and engagement can help ensure that community members will tell police what they know about gun violence offenders.

• Law enforcement agencies should collect ballistics evidence in all shootings, including random shootings and those in which no one is hit.

• Agencies should strive to develop the necessary resources or partnerships to run all ballistics evidence through NIBIN (National Integrated Ballistics Information Network) and aggressively pursue all investigative leads. The goal should be to submit casings and receive results from NIBIN within 48 hours.

• Agencies should test fire all guns they recover and trace all crime guns through the eTrace system.

• The ATF’s Crime Gun Intelligence Centers should be a priority for federal funding, and local agencies should take full advantage of this resource.

6. Reducing the carnage: Limit the availability of high-powered firearms.

• Ban the sale and importation of bump stocks.

• Ban the future sale and importation of military-style weapons that have no purpose except to kill large numbers of people as quickly as possible.

• Law enforcement agencies should vigorously investigate and prosecute both individuals and gun dealers who engage in straw purchases and other illegal gun trafficking schemes.

• To guard against gun store burglaries and robberies, there should be strict physical security standards at federally licensed firearms dealers.

• Individuals should be required to report stolen or lost firearms. To support the reporting of stolen firearms, there should be public education campaigns to explain how to record identifying information about the firearm (e.g., serial number) and how to report it as stolen.

8. Connecting the dots: Assessing threats to intervene in mass shootings.

• Develop and use threat assessment protocols for individuals who come to the attention of law enforcement as potential mass attack offenders.

• To combat school shootings, school resource officers, teachers and other school personnel should be trained to look for tell-tale signs of crisis or violence, and protocols should be established for reporting and following up on those threats.

• The federal government, through the CDC and other agencies, should support high quality research on evidence-based strategies for combating gun violence.

• Law enforcement agencies should work closely with the research community to engage in research projects that examine the effectiveness of their gun violence programs and strategies.

• Special attention should be given to researching the recommendations made in this report.