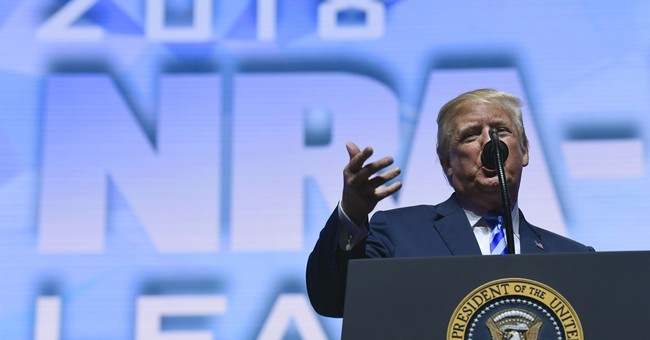 According to a report by The New England Journal of Medicine, firearm-related injuries drop during the National Rifle Association's Annual Meetings (NRAAM). Researchers insinuate that the drop occurs because those who are more likely to use firearms are not while they are attending NRAAM.

Yes, you read that right. This group of medical professionals believes that legal, law-abiding gun owners are the primary culprits behind accidental discharges.

Here's what the study concluded:

Reductions in firearm injuries during convention dates were largest among men, in the South and West, in states in the highest third of gun ownership rates, and among people who resided in the state hosting the convention. There was no difference in the proportion of crimes involving a firearm between convention and control dates.

These findings are consistent with reductions in firearm injuries occurring as a result of lower rates of firearm use during the brief period when many firearm owners and owners of places where firearms are used may be attending an NRA convention. Our results suggest that firearm-safety concerns and risks of injury are relevant even among experienced gun owners.

Back that train up for just one second. Let us think about this. And I mean really think about it.

The NRA decides to hold their annual meetings in a place — say Dallas, Texas — like where NRAAM is currently being held this week. A tiny fraction of America's gun owners, roughly 80,000, attend the event each year. Making the assertion that such a small proportion of gun owners have a drastic impact on firearm-related injuries isn't just absurd, it's irresponsible.

It isn't all that surprising that the NRA came out against the medical journal's claims. After all, attempting to connect the two isn't just far-fetched, but blatantly idiotic.

The NRA's Director of Public Affairs, Jennifer Baker, provided CNN the following statement about the study:

This study is another example of when data and numbers fly in the face of logic and common sense. A quick glance at the numbers says it all: There are 100 million gun owners in America, with about 80,000 of them attending the NRA Annual Meeting each year -- that's less than one-tenth of 1 percent of American gun owners. This study claims that firearms-related injury plummets 20 percent nationwide when less than one-tenth of 1 percent of gun owners attend this event? That's absurd. You don't have to be a Harvard researcher to see those numbers simply don't add up.

Numbers don't lie. In fact, researchers love numbers that prove a theory...except in this case, where the numbers prove their theory isn't just unrealistic, but also highly improbable.

And this, folks, is why we can't have any kind of adequate research done on guns and their role in society. We have too many people in the health field trying to turn their political beliefs and agenda into "facts."