Liberals Have an EPIC Meltdown Over GOP Tax Reform 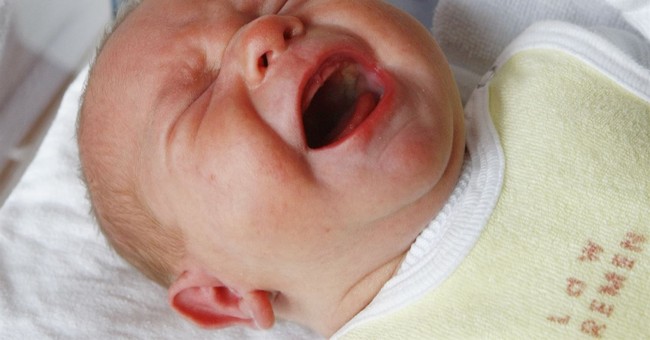 Now that the GOP has announced their tax reform bill success, Liberals across America are freaking out. For whatever reason, Liberals hate the idea of Americans having more money in their pockets. The best part of these meltdowns? The worst ones come from Hollywood elites who have money up the ying yang.

Rich people are really going to take a bath with this new tax plan. In money. They will bathe in money.

Like you're not bathing in your own money, Conan? Come talk to me about being an average, everyday person once you're no longer rich (assuming that will ever happen).

Well, they did it. Finally, someone had the courage to stand up for America's forgotten corporations. Jk - Fuck you, assholes, hope you choke on it.

Oh, Bill. Must you forget that corporations provide jobs for millions of Americans, yourself included? I know, it's SO horrible that we provide them with a simple "thank you" for their hard work.

Yay. Uncle Scrooge gave a tax break to all of the other Scrooges while the Cratchets get to watch the Tiny Tims die and the rest of us just get scrooged. #TaxCutAndJobsAct

Man. I must be a real scrooge because I want to keep my hard earned money. Heaven forbid I don't want to subsidize every other person in America. Crazy, right?

Let’s say average Americans actually get $2000 back in this tax bill - which of course is false. Will people living paycheck to paycheck suddenly be financially secure because of that? That’s an extra $166 a month. My cable and internet bill is more that that!! #TaxCutAndJobsAct

Let me get this straight: You're opposed to a bill that puts more money in Americans' pockets because you don't think it's enough money? Isn't something better than nothing?

Actually, we were betrayed when the government stepped into our personal lives and tried to guarantee that they could take care of us physically (through healthcare) and when we get older (through social security).

And guess what, Vance? Millennials are already screwed. We're paying into the Medicare and Social Security funds and there's a HUGE likelihood that we will never see any of our "investment." You know why? Because Baby Boomer's are retiring and draining the pool. There aren't enough working folks to pay for the Baby Boomers. The demand is higher than the supply. That's what happens when the government gives handouts.

But then again, Democrats make the dumb argument that because the Tax Cut and Jobs Act passed that companies would rather receive tax cuts than pay their employees more. Democrats say that businesses should simply want to increase their employees' wages.

Why can't we have both? If companies have more of their money to spend on talent and growing their business then it's better for everyone. The company acquires talented people and the employees receive higher pay.

We wouldn't have to worry about "favorable legislation" if the government allowed the free market to exist. Gee. What a concept, right?

America needs to stop voting for Republicans. The #TaxCutAndJobsAct is a deficit increasing tax cut for the rich that will increase income inequality. The Republicans work for the rich, not the working class.

Since the GOP is so set on “saving the middle class money” by “cutting taxes,” maybe they should take the more direct route and raise the minimum wage to $15 dollars an hour. It’s way more direct. #TaxCutAndJobsAct

Austin, you clearly don't understand how economics work so let me help you out. When you raise the wage you also raise the cost of goods and services. That's how we get these giant inflation bubbles. Artificially raising wages doesn't help anyone. All it does is drive up the cost over everything else.

The BEST part of the entire Tax Cut And Jobs Act though, was the Democrats' response to the vote.

The protesters must be pretty tired to sleep right there on the floor ?? #TaxCutAndJobsAct pic.twitter.com/vgDAxOOnsU

Apparently laying down in the middle of the floor will suddenly keep Congress from passing legislation?

Conservatives took to Twitter to defend the President and Congress. Their responses were nothing shy of hilarious.

If a company is going to be out that money they'd rather re-invest in their business than fork it over to the government.

HA! Truth! First, they complain that businesses and CEOs are stingy, that they want to keep all the money for themselves but then when a company decides to provide their employees with a bonus suddenly that's a horrible thing.

Make up your minds, Liberals. You can't have it both ways.

Is it wrong that Schumer's temper tantrum made me downright giddy? #MAGA #TaxCutAndJobsAct

Not at all. When Schumer breaks out in tears and throws his hands in the air, we all giggle and nod.

The problem with Democrats as always been they feel access to your money is their sacred right. The Government has no money. People have money that the Government takes. You can't steal your own money from the Government. #taxcutandjobsact

Because those who are opposed to giving tax breaks to corporations are looking at things on an emotional level. They're not being practical. Either that or they don't understand how economics work.

Who can be against tax cuts? How do you tell a single mother that you're against her keeping more of her money? You can't.

"Only people popping champagne are Americas' boardrooms and rich" -@chuckschumer

And the 100's of thousands of employees getting wage increases - AKA voters. AKA - the middle class #TaxCutAndJobsAct

Hey Liberal loons,
If you don’t want a tax cut, just pay more! After all, you should definitely do your part to dig America out of the bankruptcy hole Obama put us in. #TaxCutAndJobsAct #MAGA

What fun is that though? The fun for them is taking our money and giving it to what they deem to be a worthy cause.

We’re just excited to keep more of this! This victory is SO sweet... cheers to creating jobs and stimulating the economy! #TaxCutAndJobsAct ?? pic.twitter.com/euAmswdeci

For whatever reason, Democrats want to see people suffer. They want us to work our butts off and hand our hard earned money over to the government. They want to dictate when and how we spend our money. They claim to be the champion of single mothers, women, the LBGTQ community and everyone in between yet they would rather allow people to suffer by having less money in their pockets instead of admitting defeat.

America, it's time to move to the Democrats that we know what's best for our family.