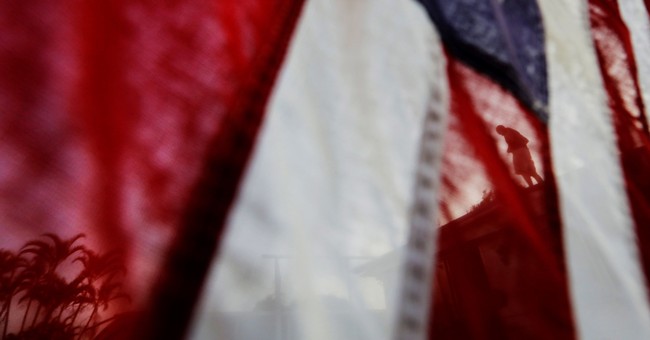 The Sportsman's Shop, a small gun store in East Earl, Pennsylvania, had a Facebook ad for American flags taken down. The company said they cannot advertise flags or clothing on the social media because their page promotes the sale of firearms and firearms-related items, such as ammo.

The store was able to use Facebook's digital advertising tools to promote products for awhile until one day the staff no longer saw an ad for American flags, the Daily Caller News Foundation reported.

"Facebook is a great tool. We have found it widely successful with our customers,” Keffer said.

When marketing manager Jessica Keffer noticed the ad disappeared, she reached out to Facebook to see if the ad was removed in error. She received vague responses from the social media giant before realizing her advertising capabilities were revoked.

Keffer contacted Facebook once again, at which point an employee mentioned the prohibited content section of its advertising policies.

There, Keffer found her answer. One of Facebook's advertising policies says, "ads must not promote the sale or use of weapons, ammunition, or explosives."

This is what Facebook looks at when they review ads:

During the ad review process, we’ll check your ad’s images, text, targeting, and positioning, in addition to the content on your ad’s landing page. Your ad may not be approved if the landing page content isn’t fully functional, doesn’t match the product/service promoted in your ad or doesn’t fully comply with our Advertising Policies.

Trying to compete with large box chains like Cabela's has been difficult, especially with this latest news.

“We are very frustrated with Facebook’s ad policies. Like any business, we want to grow our reach and attract new customers and when you are restricted from promoting your product on a very visible platform it is a huge disservice. Advertising is crucial to any business. Reaching new customers and attracting new clients is imperative to our success," Keffer told the Daily Caller. “We are just the little guy. At the end of the day, we are simply trying to promote our product and our industry and our lawful and ethical business is under a microscope because of Facebook’s political and cultural bias.”

The National Shooting Sports Foundation (NSSF) has taken an interest in cases like this.

“We find it troubling and irrational that Facebook would find as ‘inappropriate’ normal commercial speech by a federally licensed business engaged in the lawful commerce of advertising and selling hunting and sports shooting firearms which can only be sold to a law-abiding citizen after a background check,” Lawrence G. Keane, senior vice president and general counsel of the NSSF, said. “Recently, the federal appellate court in San Francisco said the commercial sale and purchase of firearms is part and parcel of the right to keep and bear arms.”