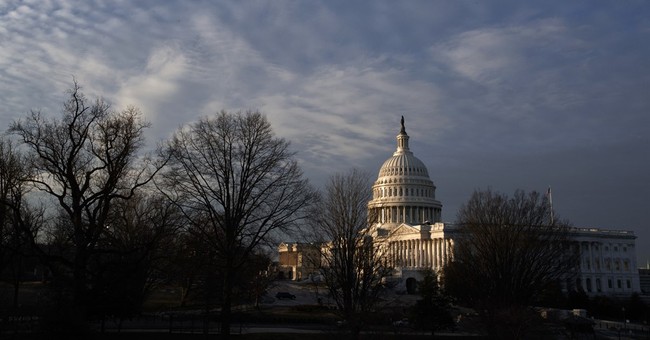 Government unions. You either love them or you hate them. There really is no in-between. Fortunately for those of us who don’t like government corruption, there are people – and organizations – that are willing to take on the unions.

The Freedom Foundation, an organization on the west coast, has taken on the Service Employee International Union (SEIU) in the name of freedom and individual liberty. And so far, the lefties aren’t happy about it.

“Our mission is to help people get out of government unions and reverse [the] strangle-hold that government unions have on politicians and the government,” Tom McCabe, CEO of Freedom Foundation, told Townhall in an exclusive interview.

The organization got their start in 2014 when the Supreme Court ruled in the Harris v. Quinn case, saying the “First Amendment prohibits the collection of an agency fee from the plaintiffs in the case, home healthcare providers who do not wish to join or support a union.”

Up until that point, SEIU was targeting home healthcare workers – the parents and family members who take care of autistic or mentally challenged family members – as a means of supporting their union. As it currently stands, family members can receive a small stipend from Medicare for taking care of their loved one, instead of relying on hospitalization or a long-term care facility.

“SEIU figured out a scheme where, in liberal states, they got the governor of those states to deduct union dues for these home healthcare providers; and, automatically over night, they had money taken out of their paycheck. And the money went to SEIU,” McCabe explained.

When the organization realized SEIU and the state governors weren’t going to inform home health workers about their ability to leave the union, Freedom Foundation stepped in. They developed a robust ground game, in conjunction with a strong public relations effort.

“There’s no need for these workers to pay union dues,” McCabe explained. “They’re never going to have a grievance against their employer or a workplace grievance, because their employer is their child.”

McCabe's organization began using state lists to determine who was classified as a home health worker. They then developed direct mail pieces and emails, followed by phone calls and radio and television advertisements. However, Freedom Foundation attributes their success to their door-to-door campaign, where they would hire young people, train them on the issue and send them to home health workers to discuss the workers' options.

Freedom Foundation initially started their campaign in Washington state shortly after the SCOTUS decision, where there are 50,000 home health workers across the state. On average, each person was forced to contribute $500 to $1,000 per year, giving SEIU around $25 million in forced union dues. Since the organization stepped in, 62 percent of the home health workers have left their union. And that’s in Washington state alone.

According to McCabe, SEIU in Washington state sends between $7 million and $14 million per election cycle to other SEIU chapters, a large portion of which was coming from people who never wanted to support the union.

After seeing their success in Washington, Freedom Foundation began applying their same principles in Oregon in 2015. They started in California last year.

It will be interesting to see the impact Freedom Foundation has in California, where there are 375,000 home health workers who are paying similar dues to SEIU as their Washington counterparts once were.

“SEIU hasn’t gone quietly into the night,” McCabe said. “They’re fighting to shutdown our effort. Effort takes courage – and maybe a bit of stupidity – to take them [SEIU] on.”

Freedom Foundation has received many threats. SEIU has sent a series of inflammatory brochures and letters to McCabe’s neighbors. They have canvassed the entire city, warning neighbors to watch out for McCabe, because he’s “anti-worker.” They have even produced and deployed robo calls with the same messaging.

The organization’s business-owning board members have been harassed at their offices with people standing outside the business, protesting and picketing. Whenever the organization holds any kind of public event, SEIU members show up en masse to cause a disruption.

Currently, Freedom Foundation has six full-time lawyers who are dedicated to the 36 on-going cases against the SEIU and other government unions.