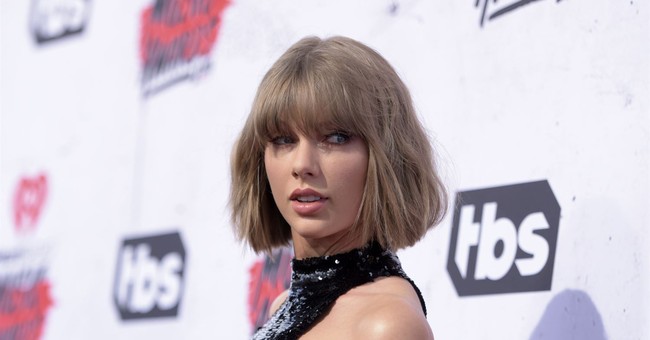 Braun bought the company for $300 million. Included in the deal was the entire 6-album catalog Taylor Swift released through the label when she was on contract.

Swift was not happy about the arrangement, and was quick to let her feelings be known in a Tumblr post.

Swift wrote that as soon as she heard of the agreement, she was brought back to "the incessant, manipulative bullying I’ve received at [Braun's] hands for years."

Calling the deal the "worst-case scenario," Swift said that never in her "worst nightmares" did she ever imagine the buyer of her former label would be Braun.

"This is what happens when you sign a deal at fifteen to someone for whom the term ‘loyalty’ is clearly just a contractual concept," she wrote. "And when that man says ‘Music has value’, he means its value is beholden to men who had no part in creating it."

Swift then implied that she was swindled by Borchetta, and later Braun.

"He knew what he was doing; they both did. Controlling a woman who didn’t want to be associated with them. In perpetuity. That means forever," the singer said.

Swift's post prompted celebrities to respond both in favor of and against her claims.

"Scooter has had your back since the days you graciously let me open up for you," Bieber wrote. "As the years have passed we haven’t crossed paths and gotten to communicate our difference, hurts or frustrations. So for you to take it to social media and get people to hate on scooter isn’t fair."

Popsinger Sia, who is not managed by Braun, also tweeted in support of him.

You're a good kind man @scooterbraun I hope this passes quickly.
I love you keep going.

In addition to Sia, Demi Lovato, who is managed by Braun, shared a couple of posts to her Instagram saying that Braun is a good man.

Other celebrities were not as sympathetic.

Singer Halsey came out in support of Swift, saying "she deserves to own the painstaking labor of her heart."

For those asking, I left Scooter Braun a long time ago...I am saddened by this news, but not shocked. He is an evil person who’s only concern is his wealth and feeding his disgusting ego. I believe he is homophobic & I know from his own mouth that he is not a Swift fan.

In response to the backlash, Borchetta released a statement saying that Taylor had a chance to own her work but gave it up.

“100% of all Taylor Swift assets were to be transferred to her immediately upon signing the new agreement. We were working together on a new type of deal for our new streaming world that was not necessarily tied to ‘albums’ but more of a length of time… Taylor had every chance in the world to own not just her master recordings, but every video, photograph, everything associated to her career.  She chose to leave," he wrote.