BREAKING: Cuba Gooding, Jr. Surrenders To NYPD After Being Accused Of Groping A Woman Sunday Night 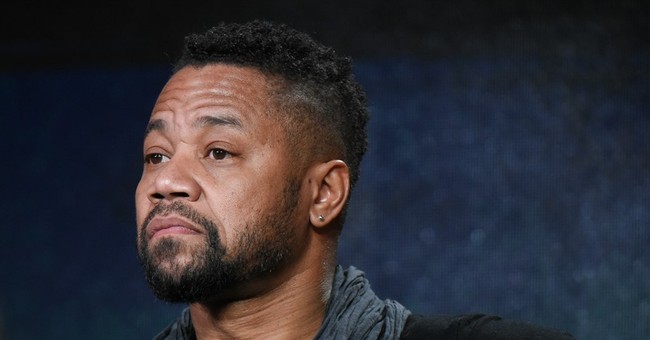 Hollywood actor Cuba Gooding Jr. turned himself in to the New York Police Department today, where he is expected to be charged with sexual assault for allegedly groping a woman this past Sunday night.

BREAKING VIDEO. Cuba Gooding, Jr has arrived at #NYPD precinct where he’s expected to be charged with groping a woman at a midtown bar on Sunday night. @wcbs880 pic.twitter.com/qJ7PO4EgCR

As reported by Fox News, a 29-year-old woman "originally accused he grabbed her breasts at the Magic Hour Rooftop Bar & Lounge in midtown Manhattan over the weekend." This accusation was then followed by a second woman who claimed the Hollywood star of groping her more than a decade ago.

His attorney told Fox News that "the second woman's accusation stems from an incident that allegedly occurred in 2008. She claims he grabbed her buttocks at a New York City restaurant at the time." He also said he did not believe that the star would be charged for the alleged misbehavior from 2008.

Prior to turning himself in Gooding told the media, "I trust the system and will let the process speak for itself."

“There’s a tape that shows what really happened. That’s the most important thing,” the actor also told TMZ. “I met a bunch of people, I said hello, I took pictures. And you have to have faith in what people say.”

As noted by USA Today, Gooding has been previously criticized for his treatment towards women. "In March 2017, he was slammed on social media when he lifted up the dress of Golden Globe winner Sarah Paulson when he appeared on stage at Los Angeles PaleyFest with his co-stars of American Horror Story," the paper notes.

This is a developing story and will be updated accordingly.