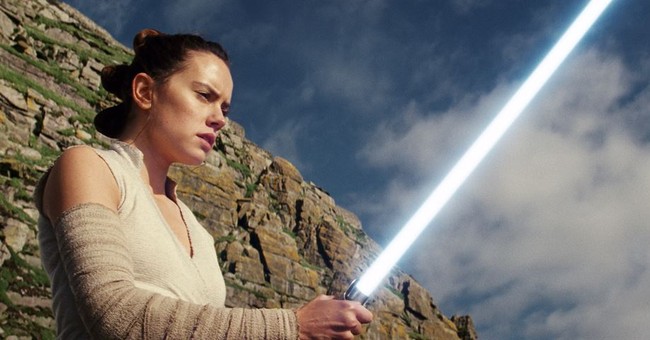 If you're a fan of the "Star Wars" franchise, get ready for twins Terec and Ceret, transgender, non-binary Jedi knights. As Star Wars puts it, they're "broadening our representation in a galaxy far far way." The announcement from the franchise's Facebook and Instagram accounts came on March 31, the Trans Day of Visibility. The twins will be part of "Star Wars: The High Republic."

"The cover is one in a series of variant covers that will be published by Marvel in June featuring LGBTQ+ characters from the Star Wars galaxy, including Doctor Aphra, Sana Starros, Rae Sloan, Yrica Quell, Lando Calrissian, and Terec and Ceret, all depicted by LGBTQ+ artists.

The covers will also feature new Pride versions of each title's logo.

The characters are not the first "trans and non-binary" characters in the franchise. As Variety mentioned in reporting on the twins:

In late 2020, “Star Wars: Squadrons” introduced a Mirialan pilot named Keo Venzee who used they/them pronouns. The video game portrayed them as a wise-cracking joker with a Keo was revealed to be Force-sensitive, they quickly dismissed this power by saying their abilities were just a hunch. The campaign left Keo’s storyline unresolved, opening up the possibilities of the character showing up in future stories.

The first trans, non-binary Jedi characters may have been a long time coming. "As reported by We Got This Covered, entertainment gossip writer Daniel Richtman says that Lucasfilm wants a transgender Jedi. Richtman doesn’t say where this rumor is coming from, or where his sources are, but this information does seem in line with Star Wars’ attempts at inclusion over the years," Ross Bonaime at Giant Freakin Robot wrote back in November.