Roma Downey Has the Perfect Movie for Easter 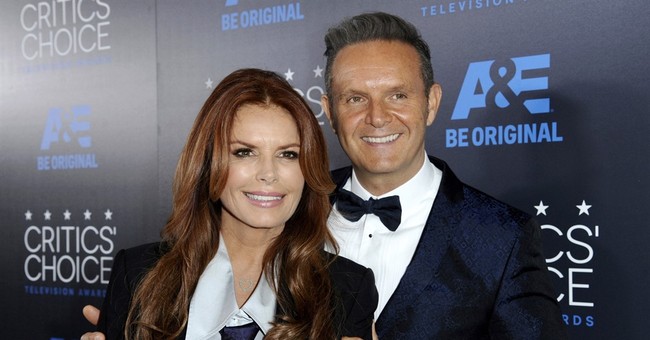 Roma Downey and Mark Burnett have once again brought the Bible to our screens. The duo previously produced the popular "The Bible" series, an 10-episode  that told the very beginning of the story with familiar Old Testament stories. With a talented cast, including Downey as Mother Mary, the show vividly portrayed powerful biblical moments. The scene in which God asks Abraham to sacrifice his son Isaac was among the most memorable. Again, wonderful acting. We are then introduced to Jesus, played by Diogo Morgado, and watch as his ministry begins to grow and reach thousands.

Then came the couple’s next series, "AD: The Bible Continues," picking up where “The Bible” left off. Again they found great talent, casting Juan Pablo Di Pace as Jesus.

And now comes the film "Resurrection." And, well, I don’t have to explain what this series will portray. Di Pace reprises his role as Jesus as the miraculous resurrection occurs after he was crucified and buried in a tomb. His disciples are shocked and elated to see their Savior again, and, though it causes them much pain and suffering, they take his message across the globe.

Downey spoke with Townhall last week about the latest installment of their Bible-to-screen project. She said that her casts "come from all religious backgrounds" but they all threw themselves 100 percent into the divine text.

Downey also explained that their show had to air on a streaming service this go around. And it found a home on Discovery+. And Downey couldn’t have been more pleased, not just because the platform is a family friendly one, but because they landed the partnership just in time for Easter.

Downey said there is a second meaning to "Resurrection," related to the pandemic. We’re experiencing our own resurrection of sorts, she explained, as folks are finally getting vaccinated and are leaving their homes for the first time in months.

I couldn’t resist asking her about the impact "Touched by and Angel" has had on culture. She starred on the series for nine seasons with the late Della Reese and said that people still come up to her beaming about the beautiful messages the show always produced, even new fans just discovering the show.

Resurrection is streaming now on Discovery+.