Justin Timberlake Apologizes to Britney, But Documentary Director Says It's Not Enough 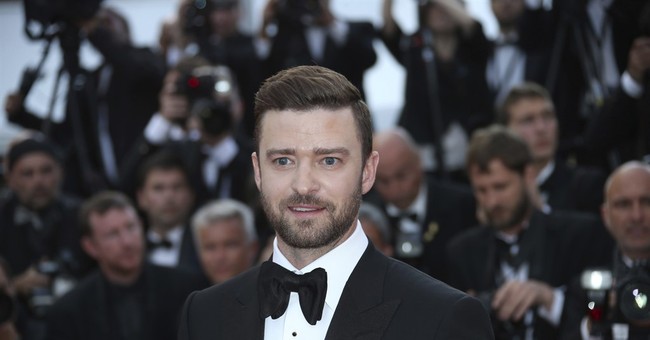 The early 2000s have come back to bite Justin Timberlake. When he and Britney Spears broke up, Timberlake made no secret of his belief that she cheated on him. It seemed to all play out in his 2002 hit, "Cry Me a River." In the music video, Timberlake follows his blonde girlfriend (who looks very much like Ms. Spears) into her house, watches her in the shower and then makes a revenge sex tape for her to watch as she towels off. Both the single and the video were huge hits at the time.

At the same time, Timberlake also joked about how he and Spears had had sex, even though Spears had previously told the media that she was saving herself for marriage. It would be a running joke for Justin for years. He would even poke fun at their encounter on one of his hosting gigs for "Saturday Night Live."

Since the release of the New York Times documentary "Framing Britney Spears," which highlighted some of Timberlake's behavior, Britney's fans are demanding apologies from him. And just a day or two later, he gave one. He added an apology to Janet Jackson too, for how he handled the fallout from the 2004 Super Bowl wardrobe malfunction.

Not everyone accepted his apology, noting it was too little, too late, or not an apology at all.

And Samantha Stark, the documentary's director, says Timberlake isn't the only one who needs to apologize. In her eyes, everyone involved in the making of the "Cry Me a River" music video should tell Spears they're sorry.

Britney Spears was targeted from the very youngest age in the worst possible, hypersexualized way and it’s shocking to revisit it today.

The new documentary “Framing Britney Spears” examines this, and I spoke with director @starksamantha about what she found in the archives. pic.twitter.com/sHtlURESTR

"I think there's a lot of people that need to reflect and apologize as well, because it's not just Justin," she said in a CNN interview. "He's the face of it."

Following the documentary, Spears' fans have also demanded an apology from Diane Sawyer, for her rather insensitive interview with Spears back in 2003.