Charles Barkley Weighs in on the 'Defund the Police' Furor 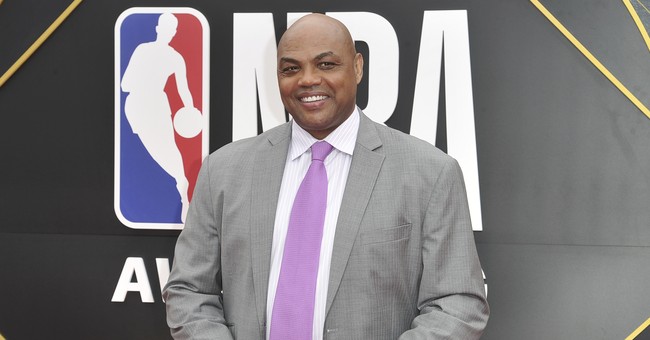 New Orleans Saints quarterback Drew Brees may have taken back every word he said about respecting the American flag and the national anthem in light of protests against police, but some of his fellow professional athletes are shaking their heads at his apology. Make that apologies. Brees initially said he would "never agree with anyone who disrespects" the American flag, but walked it back after massive backlash.

Hall of Fame football coach Tony Dungy told Brees that he had nothing to be sorry for.

"Drew Brees was wrong in his initial statement," Barkley said. "But the level of vitriol, anger and things like that, I thought, was overkill. Drew Brees, whatever he said, he talked about the flag means different things to different people."

Barkley added that every social media user has now deemed themselves "God, judge and jury."

The former basketball star also took a measured approach to the conversation regarding what to do about the police. In the wake of the Minneapolis police killing of George Floyd, the more radical rioters and protesters have begun demanding the government "defund the police." It's an even starker message in Minneapolis, where the city council voted to abolish the police. Asked to explain their vote, city council president Lisa Bender admitted that she wants to see a "police-free future." Barkley rejected the idea on CNN on Wednesday, instead calling for police reform.

“We need the cops, most of the cops do a fantastic job, but instead of defunding and all this other stuff, let’s just do police reform," he urged. "Everybody should be on board for that whether you’re a Democrat, Republican, conservative or liberal."

“This is not black or white, this is just about humanity,” Barkley added. “To see a grown man die before our eyes. If you’re not upset by that if you’re white, Jewish, Chinese, anything, there is something wrong with you.”

But, as we've seen the past few days, Democrats and Republicans are not exactly working together yet on the issue. House Speaker Nancy Pelosi and Senate Minority Leader Chuck Schumer introduced their Justice and Policing Act, while Sen. Tim Scott (R-SC) revealed he is working with a few Republican colleagues on The Justice Act Package. Sen. Scott did add, however, that's he's been in discussions with Democrats and that his bill does include some of the suggestions present in the Democrats' measure.