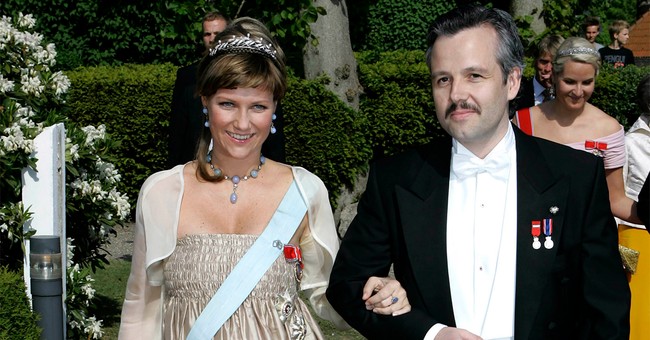 "It's with great sorrow in our hearts that we, those closest to Ari Behn, must report that he took his own life today. We ask for respect for our private lives in the time to come," Behn's manager, Geir Håkonsund, told Norwegian media.

Behn was one of several men who had accused actor Kevin Spacey of sexual assault. According to Behn, Spacey groped him at a Nobel Peace Prize concert in 2007, of which the actor was serving as a co-host.

“We had a nice conversation, he was sitting right next to me,” Behn explained in 2017. “After five minutes, he says, ‘Hey, let’s go out and have a cigarette.’ And then he takes me under the table in the middle of my balls. I got more than I bargained for.”

In 2017, Broadway actor Anthony Rapp became the first person to accuse Spacey of inappropriate conduct, claiming the older actor had assaulted him in a hotel room when he was just 14.

Spacey went to court earlier this year after another young man accused him of groping him at a bar in Massachusetts in 2016. He was 18 years old at the time. The Guardian provided the details about the alleged incident:

Spacey offered the man a drink, according to the police report, getting him at least four or five beers before suggesting they switch to whiskey, saying, “Let’s get drunk.” They then had four or five glasses of whisky.

The actor later asked the busboy “what he was packing”, referring to his penis size, according to the police report, and bragged about his size.

The two men went outside around 1am to smoke a cigarette, where Spacey repeatedly asked the alleged victim to go back to his house. He refused, but continued to linger around the actor because he wanted a photo with him to post on Instagram.

While the two men were standing near a piano, Spacey rubbed the victim’s thigh, unzipped his pants, and touched his penis, the report says. The busboy texted his girlfriend about what was happening and, when she didn’t believe him, sent her a video on Snapchat.

The criminal charge against Spacey was dropped in July.

Since the "Me Too" movement caught up with Spacey, the disgraced actor has been fired from the massive hit Netflix show "House of Cards" and replaced in major motion pictures, while the movies he's actually appeared in have tanked at the box office. He has denied wrongdoing, and this week he once again released a bizarre "House of Cards"-themed video in which he maintained his innocence.

Behn is the second Spacey accuser to die in the past few months. A massage therapist who accused the actor of assaulting him during a session died in September, the Rolling Stone reports. His lawsuit has been put on hold.