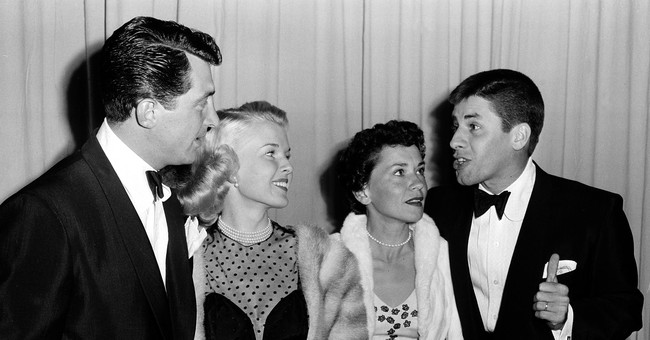 Radio stations from Cleveland, Ohio to Madison, Wisconsin have stopped playing "Baby, it's Cold Outside" amid a national movement against the song's lyrics. The Christmas song, famously sung by Dean Martin and written for the film Neptune’s Daughter, is no longer the popular tune it once was. The song won the Oscar for Original Song, has been covered multiple times by artists ranging from Lady Gaga and Tony Bennett to Idina Menzel and Michael Buble, and was featured in the beloved Christmas film Elf. Now, in the post-"Me Too" era, critics say the song sends the wrong message about male and female relationships. They want it off the airwaves all together, claiming it promotes date rape and sexual harassment.

The lyrics that give critics particular pause are the lines:

"So really I'd better scurry (beautiful please don't hurry).
But maybe just a half a drink more (put some records on while I pour).

The neighbors might think (baby, it's bad out there).
Say what's in this drink? (no cabs to be had out there)."

Cleveland's Star 102 radio station started the trend of taking the song off their Christmas playlist after receiving caller complaints.

"Now, I do realize that when the song was written in 1944, it was a different time, but now while reading it, it seems very manipulative and wrong," radio host Glenn Anderson wrote in a blog post.

Dean Martin's daughter Deana Martin is shocked by how people are suddenly treating her dad's classic song. She said critics have got it all wrong.

“There's nothing bad about that song," Martin said adamantly on "Fox & Friends" Monday. "And it just breaks my heart and I know my dad would be going insane right now…He would say, what's the matter with you? You know, get over it. It's just a fun song. Because he was so sweet anyways. You know, he would - he would never see anything bad in that. He was a great guy. Fun guy. Nice. And he wouldn't want to do anything offensive. That wasn't - that wasn't Dean Martin. So this has just been outrageous."

"But," she added, "I think it's a moment for us in time to maybe change what's going on. You know we love people…I'm sensitive...I don't know how to do it yet. But, you know, I'm out there trying to talk to people. In fact, it could be a learning moment for all of us.”

Martin continued to explain that the song's original intent is not nearly so sinister as its critics are suggesting.

"It's a sweet, flirty, fun, holiday song," she said, adding that the current controversy is "madness."

Martin said she has no plans to change the lyrics.