Christian Authors Hope We Can Find 'The Way Back' 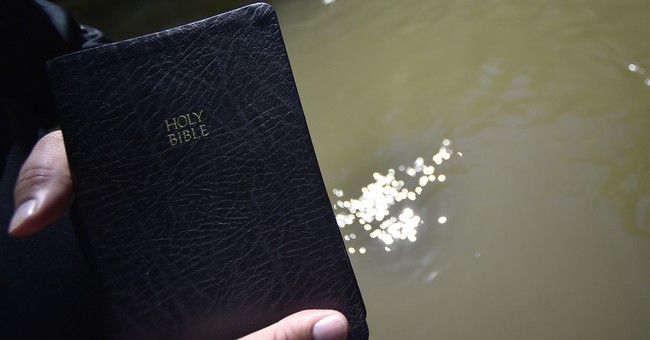 Christians blew it, according to a new book, “The Way Back: How Christians Blew Our Credibility and How We Get it Back.” Instead of standing out from the crowd, they are conforming to or disappearing into the secular world around them. They need to take a few lessons from the disciples who boldly preached the gospel without fearing the consequences, authors Jonathan Bock and Phil Cooke suggest.

“We almost called it 'That Other God,'" Cooke said of their book, "because, if you’ve read it, you understand that part of it is – part of the solution – or, part of the problem is we feel like Christians in America have created their own God out of this whole idea that’s very friendly. And so we almost called it that. But then we started talking about what the real problem is. And the truth is, because of the way we’ve responded to the changes in the culture in the last 30, 40, 50 years, we’ve just really lost our credibility.”

Christians, Cooke explained, are supposed to be known by the fruits of the spirit. The early church had no problem answering that call. They were constantly astonishing the culture.

“The earliest part of the church was impacting the world,” Bock said. “They literally started from absolute zero.”

It was "just eleven guys on a mountain" after Jesus departed them on the Mount of Olives.

“All they had was each other,” Bock continued. “They don’t have power, money or influence. Yet, within 200 years they grow to a massively influential force in the Western world. They did that by living it. They really did believe in their product. Secondly, they intentionally looked for ways to astonish the culture around them.”

Christians need to find "new, inventive ways of showing people who we are and what we believe in in a way that’s attractive to people, he continued.

So, what’s the problem? Is it the product?

“We don’t have a marketing issue, we have a sales force issue,” Cooke insisted. “We’re selling the greatest product ever sold, we’re just doing a really terrible job selling it.”

For instance, he explained, today's Christians lack a certain sense of joy that should accompany individuals filled with the Holy Spirit.

“Our response has been anger,” Cooke said. “We boycott companies that don’t say Merry Christmas, we do online petition drives, we tried politics.”

Cooke recalled being in a meeting with a Hollywood studio executive who already had his mind made up about Christians. “Oh I know those guys,” the executive told him, “they’re the angry people.” Every time he does a show Christians don’t like, they call him and get mad at him.

“We need to start reacting in more positive ways,” he offered.

Instead of another boycott, how about offering an effective solution to foster care? There are 450,000 foster kids in the U.S., and 350,000 churches, Cooke explained. How “easy” would it be if every church adopted one kid and they could eliminate the need for foster care?

Bock compared it to the steroid scandal in baseball.

“Of course not all players were using performance-enhancing drugs, but there was enough of a chunk that it tarred the whole community,” he explained. “We suffer from the same problem.”

How do you tell someone it’s worth becoming a Christian when they see Christians in their community acting no differently than secular folks?

Still, the authors are not totally discouraged.

“The best days of the church are ahead of it, not behind it,” they write.

Bock used another sports analogy to explain why he believes another revival may be on the horizon. Much of it, he said, is thanks to new technology, social media, and other assets that allow Christians to reach vast audiences. With these tools, the message can spread far and wide.