Wind PTC is Redistribution to the Rich 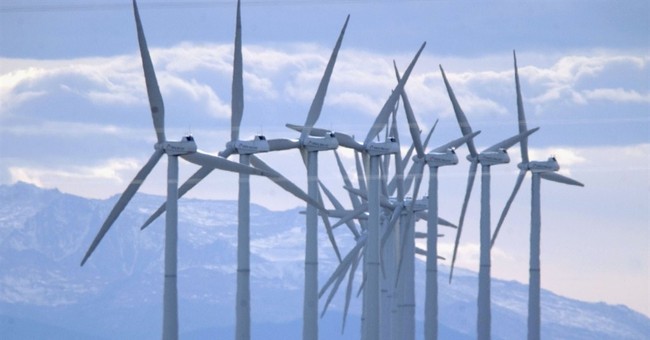 Democrats are famous for pushing the idea that the rich don't pay their fair share of taxes. So, why are many of them lining up to support tax breaks for Big Wind's millionaires?

Under the leadership of Harry Reid, lawmakers are pushing to extend the wind-energy industry's cash cow subsidy, the Wind Production Tax Credit (PTC). Created in 1992, the Wind PTC was scheduled to expire at the end of last year. Now, wind industry cronies and their friends in the Senate are leading the charge to revive the PTC by ramming an extension package through Congress during this year's lame-uck session.

Supporters of the Wind PTC claim the subsidy is crucial for the development of reliable, clean, and safe wind-driven energy. In reality, the PTC amounts to nothing more than corporate welfare for green energy investors on Wall Street.

Warren Buffet said it best when explaining his logic behind investing in wind energy. During an investors presentation in Omaha last May, Buffet confessed, "I will do anything that is basically covered by the law to reduce Berkshire's tax rate...For example, on wind energy, we get a tax credit if we build a lot of wind farms. That's the only reason to build them. They don't make sense without the tax credit."

While Warren Buffet may be thrilled to have the PTC help boost his bottom-line, hardworking American taxpayers have every reason to be less than pleased. That’s because the PTC lowers costs for industrial wind producers and utilities but sticks consumers with higher electricity bills.

With the Wind Production Tax Credit in place, industrial wind power is made to seem cheaper than it actually is. After taxes, the PTC pays wind producers the equivalent of 3.5 cents per kilowatt-hour of energy produced, which is a pretty large chunk considering the wholesale price of energy frequently runs between 3 and 8 cents per kilowatt hour.

With handouts like these, it is no wonder that investors like Warren Buffet are willing to put their money towards building industrial wind plants. However, the longer the federal government distorts the true cost of wind energy, the worse off America will be in the long run.

Not only has the PTC wasted a colossal amount of taxpayer money since its inception in 1992, it’s also inflicted financial pain on millions of middle class Americans in wind energy states. Even with healthy subsidies from the federal government, an over reliance on industrial wind energy is raising energy prices in states across the nation. A recent analysis of the U.S. Energy Information Agency’s data found that nine of the 11 largest wind power states have seen their energy costs rise more than four times the national average. Ultimately, these costs are passed off to consumers, leaving your average Joe stuck with higher energy bills each month.

After twenty years of subsidies, wind production and use is still driving energy costs up — making it clear that the Wind PTC isn’t making renewable energy more affordable for middle-class Americans. Instead, it’s nothing more than a tax carve out that overwhelmingly benefits wealthy developers of industrial wind farms who are looking for a tax write off.

At the end of the day, blocking the Wind PTC’s extension is not only good energy policy, it’s responsible and fair tax policy. If lawmakers on both sides of the aisle are serious about getting rid of loopholes and deductions for the rich and well connected, the Wind PTC is a great place to start.

'That's a Hell of a Lie!': Biden Snaps at a Reporter Asking About Hunter's Laptop and Emails
Beth Baumann
Kirk Explains ‘One of the Biggest Lies the Media Has Been Telling’ About Obama's Impact on Race
Leah Barkoukis

Bronson Stocking
Netflix Is Feeling the Impact of the 'Cuties' Boycott