Sight to the Blind: Exciting New Tech Via Stem Cells

Zachary Gappa
|
Posted: Apr 07, 2016 12:01 AM
Share   Tweet
The opinions expressed by columnists are their own and do not necessarily represent the views of Townhall.com. 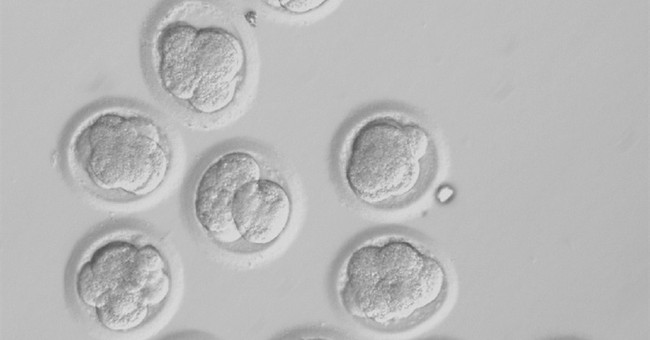 A gigantic step towards curing blindness was made by scientists at UC San Diego using non-embryonic stem cells. The scientists developed a procedure to coax stem cells within the eyes of twelve infants to regrow their lenses. If it realizes its full potential, this treatment may reverse some forms of blindness for young and old alike. Perhaps more excitingly, this breakthrough has come from “adult” stem cell research--not embryonic stem cell research. Which means that eyes can be healed without harvesting the cells of aborted children.

Search Google for UC San Diego, stem cells, and cataracts. This story, which should be earth-shattering, was picked up by surprisingly few media outlets. This should be large-font news across the nation, but it has received scant coverage. In fact, it appears that papers in the U.K. are more interested than our own. Sadly, U.S. media continues to highlight every advance from embryonic stem cells, while largely ignoring advances through alternative technologies that are free from ethical conflicts.

From a pro-life perspective, these advances in non-embryonic stem cell technologies present a great hope for halting experimentation on the cells of unborn children. And regrowing lenses isn’t the only recent breakthrough. Scientists at Osaka University in Japan used induced pluripotent stem cells (iPSCs - made by turning skin cells into a kind of stem cell) to grow new corneas in rabbits. They are hoping to move to human trials shortly.

These truly-amazing developments should increase the cultural pressure to halt embryonic stem cell research. Unfortunately, scientists are not going to self-police on this. Bioethics has largely fallen to the wayside in the scientific community’s demand for an unfettered pursuit of “SCIENCE”. Their headlong rush is left unchecked by a general public that does not care to be informed enough to have an opinion. We are now using cells from aborted babies for research, delving into creating life from strange combinations of human and animal DNA and cell structures, working towards designer babies through genetic manipulation, and all manner of other ethically-questionable developments in the name of science.

Bottom line: many scientists ask only if they can--they increasingly don't care if it’s ethical. And our populace and politicians don’t care to stop them.

The fight to protect human life at all stages needs to be waged in research laboratories and pharmaceutical development companies. This is no longer just about abortion clinics. Embryonic stem cell research and chemical abortions will come to dominate the death tolls in the years to come, and if advocates for life fail to educate the general public, it will be difficult to turn back the clock. Convenience and cures will win out.

Unethical scientists are not the only problem. The more fundamental problem is our national character. We have become a selfish people, concerned with preserving our own lives, no matter the cost. We bury our heads in the sand and refuse to consider the moral impact of technologies if there is any promise of cures for our personal health problems or extending our own lives. No legislative victory will hold for long if our culture refuses to give weight to the lives of our most vulnerable people.

Our greed to find cures and conveniences for ourselves leads us to write the scientific community a blank check; that and our laziness--our refusal to put the time in to understand the ethical issues at play. If nothing changes, we are well on our way to blindly accepting the nightmares represented in Gattaca, Soylent Green, and any number of other modern dystopian movies and books. Scientific pursuit is not an inherent moral good--it must be guided by ethical principles, and those ethical principles must be imposed by society on scientists. The idea of constraining science is often mocked in our culture, but a just society must necessarily have protections in place for humanity. Philosophy and theology must guide what we allow to be done to people and our world in the name of science. Without this guidance, we can expect a continuing disregard of the lives of the vulnerable when it the benefits the strong.