The New Way to be Pro-Choice

Zachary Gappa
|
Posted: Jan 12, 2016 12:49 PM
Share   Tweet
The opinions expressed by columnists are their own and do not necessarily represent the views of Townhall.com. 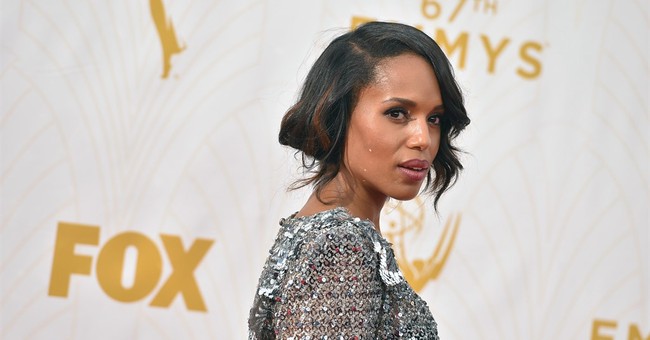 There is a new theme emerging in the media: an explicit attempt to normalize abortion to a degree we haven't seen before. Pro-choice advocates were once content to refer to abortion as an unfortunate necessity, but in the face of pro-life gains in legal and cultural fronts, pro-choicers are going for broke on a new strategy: flaunt your abortion.


The Twitter trend #shoutyourabortion is the most obvious and dumbed-down version of this trend. But other instances in the past few years are numerous.

In movies you have the romantic comedy Obvious Child which centers on a young comedian’s choice to kill her unborn child.  A choice faced mostly with bluntness and pragmatism, along with plenty of laughs.

There’s the new film Grandma about foul-mouthed grandmother Lily Tomlin taking her granddaughter around the country as they hit up friends for money to pay for the granddaughter’s abortion.

And then there’s TV. Abortion has made appearances on a variety of shows lately, but none have been as brash as Scandal, which boldly played the song Silent Night as the title character had her child aborted rather than inconvenience her career (she ended the scene with a faint smile; the actors fell over themselves praising the episode).

This is the new line abortion activists are pushing. Their goal has gone beyond ensuring that a woman can legally kill her child. Taking a page out of the gay marriage movement, they are now demanding affirmation and rejoicing in their liberating killing. They used to argue for abortion as a sad but necessary freedom. No longer. Now it’s presented as normal. Ordinary. Something to connect about with other women. Funny even.
CARTOONS | Bob Gorrell
View Cartoon

Why would pro-choicers argue for such an extreme position? It’s a fearful reaction against years of pro-life changes and sentiments.  The past five years have realized over 250 pro-life legal restrictions on abortion passed in states across the country. Middle America (read as nearly every state outside of the northeast and the west coast) has taken significant steps to restrict abortion. (See the map from the pro-abortion Guttmacher Institute here.)

A few years back, movies like Juno and Knocked Up conveyed pro-life sentiments, if somewhat unintentionally. To see anything hinting at pro-life ideas coming out of Hollywood must have been particularly unsettling for a liberal pro-choice crowd that banks on media support for their social stances.

In polling, the numbers haven’t changed significantly in recent years, but a majority of Americans support significant restrictions on abortion, with roughly ? wanting to limit it after the first trimester. Philosophically and ethically nonsensical as that first-trimester distinction may be, the polling results do show that Americans are not on board with the pro-choice vision for uninhibited free choice.

Add on top of it all the recent video exposés on Planned Parenthood’s sale of aborted baby body parts, and there’s good reason for pro-choicers to be concerned.

The next few years will be vital. If pop culture continues to advance a set of aggressively pro-choice assumptions, the younger generation may be led to believe that abortion indeed is common, practical, a necessary freedom, and, even routine. Culture is powerful, and the television dominates our modern sense of culture. Sadly, a hyper-pro-choice perspective is dominant among our entertainment creators, writers, and actors.

Pro-lifers must not content themselves with legal advances alone. They must push for cultural changes. The key conversation is both philosophical and emotional. Legal changes are (relatively) easily done and just as easily undone. Cultural shifts require time and diligent education.

First, people must be pushed on that philosophically-inconsistent polling response mentioned before: What makes a baby different in the first trimester? Is it a human or not? If so, how can you sanction the killing of human life? Who are you to decide for this unborn child that their life doesn’t “measure up” to the importance of your convenience? Particularly when adoption exists as a sound alternative.

Second, people must begin to realize the emotional pull of that young life. They must see the choice that is denied when a young baby is not allowed to live and make his or her own life choices. They must have empathy for the young baby needing care, support, and love.  They must recognize the potential and inherent beauty of this young life.

While the pro-life cause is making significant legal advances, the cultural question is very much still up in the air. The pro-choice contingent is making their play clear. It is extreme and aggressive. What a perfect time to push forward a loving, reasonable pro-life culture.
Liberal Media Goes Bananas Over FBI Raid on Trump's Mar-a-Lago Residence
Matt Vespa
'Under Siege': FBI Raids Mar-A-Lago, President Trump Responds
Spencer Brown
Dan Bongino on FBI's Raid on Mar-a-Lago: 'This Is Some Third-World Bulls**t Right Here'
Matt Vespa
Did You Notice What Was Behind an Activist Who Is Against Texas Busing Migrants to NYC?
Julio Rosas
80-Year-Old Woman Banned From Community Pool After Complaining About Biological Male in Ladies Restroom
Madeline Leesman
Sarah Huckabee Sanders Brings the Receipts to Prove Arkansas Newspaper's Bias
Spencer Brown